It’s always good to see “New Update Available” message flashing on your smartphone’s screen, as new update brings new features and security patches as well. Recent Lenovo has announced that they are rolling out Android 6.0.1 Marshmallow update for their Lenovo K4 Note device in India, in actual this device was launched earlier this year with Android 5.1 Lollipop. 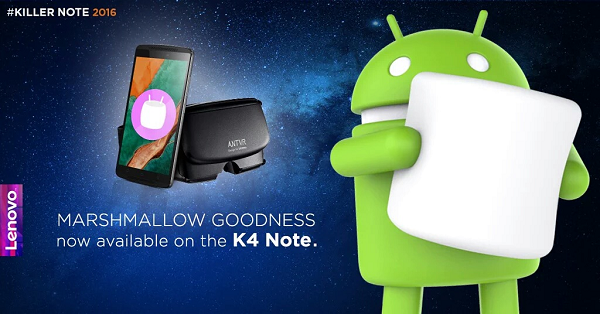 Lenovo K4 Note was one of the popular devices from Lenovo, not only due to its build and specs but it was also launched with TheatreMax and ANTVR headset which allows you to enjoy virtual reality.

Now before you hit that Update Now button, there are some things which you need to keep in mind so that your after update experience won’t be ruined.

This update is in rolled out phase and you should get soon, you can also check for the update via navigating to Setting->About->Check For Update. DO let us know your experience with this update.