Ubuntu is a powerful OS which is available for PC users from a long period of time, this OS comes with simple and sleek UI and that’s why lots of users are still using this OS on their PC all across the globe. Being one of the top desktop OS, Ubuntu failed to enter into growing market of mobile, from sometime there were news that world’s Ubuntu powered phone can be launched very soon, and now finally there is some confirm news that world’s first Ubuntu powered phone will be coming out next week and will go on sale from February 9. 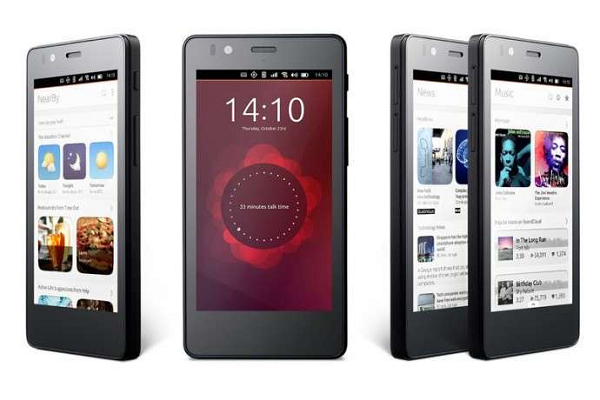 Ubuntu in partnership with Spanish company BQ has created this Aquaris E4.5 Ubuntu Edition, its a low budget smartphone and if we talk about specs then it has got an 4.5-inch qHD (540 x 960) display screen, under the hood it is powered by MediaTek Quad Core Cortex A7 processor clocked at 1.3 GHz along with 1 GB of RAM and a Mali 400 GPU, it also includes an internal storage of 8 GB with microSD card option for memory expansion.

As per photography front it has got an 8MP primary snapper and a 5MP snapper at the front for clicking selfies, houses a 2150mAh battery, for connectivity it has got Dual SIM, WiFi, Bluetooth, 3G, GPS and Micro USB.

This phone is targeted at entry level market and it will be price around at $190 (somewhere around Rs. 11,500) and it will be available in limited quantity and will go on sale in Europe on February 9 via flash sale model.

A new OS means native apps to be build for it, most of the time we use some kind of apps on our devices, on an average a normal Android user has around 96 apps on its device, so app plays an important role for any OS, but building apps for new OS is not easy and it take some time. But Canonical, the company behind Ubuntu doesnt wants its users to wait so long and working on a way to port apps from desktop Linux distribution Ubuntu to the Ubuntu Phones, which means around 1000 app will be available for you.

Ubuntu phone will come with new UI called Scopes which will change how you react with device, it actually pulls contents from different sources like YouTube, Vimeo etc and shows it on single page.

Ubuntu is planning to launch app soon in US market and then it will be rolled out to other parts of the country. It will be interesting to see how this new OS will react in already overcrowded market of smartphone’s.