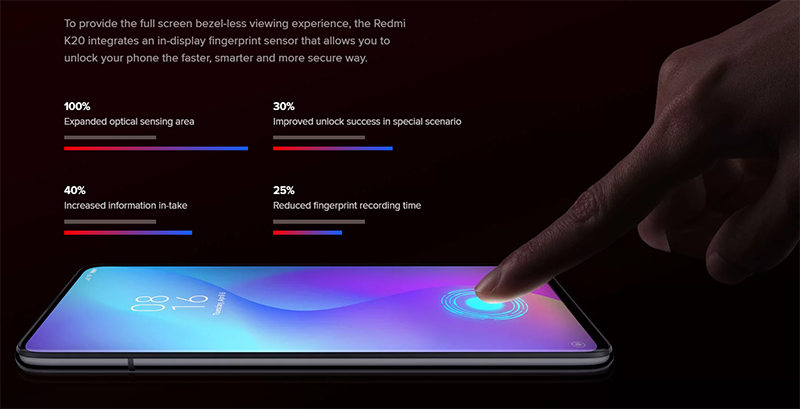 Well, this is something soon going to change as Redmi, the sub brand of Xiaomi has confirmed that they were testing in-display fingerprint on LCD screens and soon we can see this technology on budget smartphones.

Till now AMOLED screen were used on high end smartphone, mostly flagship smartphones which uses this technology as AMOLED don’t require any backlight module and in-display fingerprint sensors can easily transmit optical or ultrasonic signals, but things are not so easy in the case of LCD panels.

But Redmi has managed to overcome this problem by using infrared high-transmittance film material.”

Company has shared a video on Weibo demonstrating how in-display fingerprint will work on LCD displays, company has also said this technology is ready for mass production and most probably it will be coming out in market by the end of 2020.

What remains to be seen is how this technology is going to perform in front of those in-display fingerprints which we have for AMOLED displays.

ABOUT US
TechnoArea brings the latest happening of the technology world to you.
Contact us: [email protected].in
FOLLOW US
© 2004-2018 TechnoArea (proudly powered by iTechnixNetwork). The content is copyrighted to Rahul Sharma and may not be reproduced on other websites.
MORE STORIES
News