At ongoing CES, Taiwan based company HTC has announced a new entry level smartphone the HTC Desire 320 which is the successor of last year launched HTC Desire 310. At the launch company hasn’t revealed any price but do said that this smartphone will soon going to hit UK market and then it will be made available to other parts of the world. If you commpare it with Desire 310 then it doenst comes with any big changes. 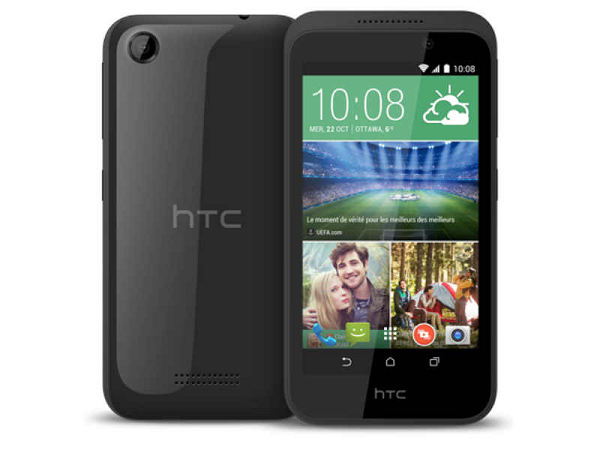 In terms of specs this HTC Desire 320 sports a 4.5-inch FWVGA display with screen resolution of 480×854 pixel, under the hood it is powered by a MediaTek quad-core processor clocked at 1.3GHz along with 1GB RAM and has got 8GB of internal storage which can be expandable up to 32GB via microSD.

As per photography is concerned, HTC Desire 320 features a 5-megapixel rear snapper with LED flash, and has a 0.3-megapixel front-facing camera as well, for connectivity it includes 3G, Bluetooth, Wi-Fi, GPS/ A-GPS, Micro-USB, and single-SIM, it houses a 2,100mAh battery and as per software is concerned it runs on Android 4.4 KitKat out-of-the-box with HTC Sense UI on top of it which has HTC Blinkfeed and Video Highlights like features.