In the ongoing CES 2015 we had seen lots of companies launching 64Bit SoC powered devices and most of them has selected Snapdragon chipset for their devices and some has gone with MediaTek, but it seems world’s third largest smartphone makers, Lenovo has something else in their mind. At CES Lenovo has launched a new phablet, the Lenovo P90 which is the first mobile device to be powered 64Bit Intel Atom processor along with LTE-Advanced modern chip. 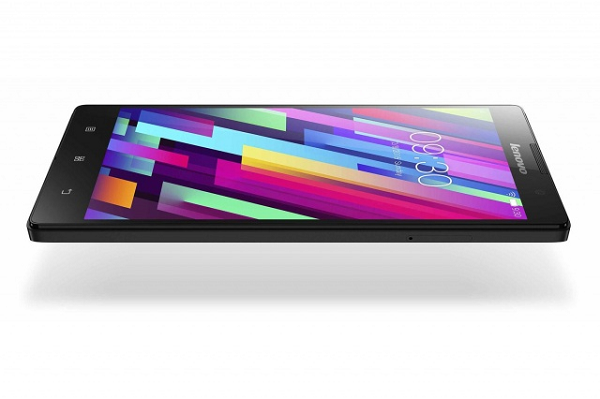 If we talk about specs then Lenovo P90 flaunts an 5.5-inch FHD display screen with screen resolution of 1920×1080 pixels, as told earlier, under the hood it is powered by Intel’s brand new 64-bit quad-core Z3560 processor ticking at 1.83GHz along with 2GB of RAM and has got 32GB of internal storage.

As per camera front Lenovo P90 features a 13-megapixel rear camera with LED flash and OIS, at front it has a 5-megapixel front-facing camera for selfie lovers. Lenovo P90 houses a 4,000 mAh battery, as per software front it runs on Android 4.4 KitKat.

For connectivity Lenovo P90 comes with Intel’s XMM modern chip and supports LTE-Advanced (FDD and TDD) which is capable of providing up to 150Mbps down and 50Mbps up speeds, it also includes 802.11ac Wi-Fi, GPS, Micro USB and Bluetooth 4.0 LE.

Lenovo P90 comes in Pearl White, Onyx Black, and Lava Red color variants and it will be launched in selective markets in February and its been priced $369.

You can view our full coverage of all Consumer Electronic Show 2015 related news here at CES 2015 page.