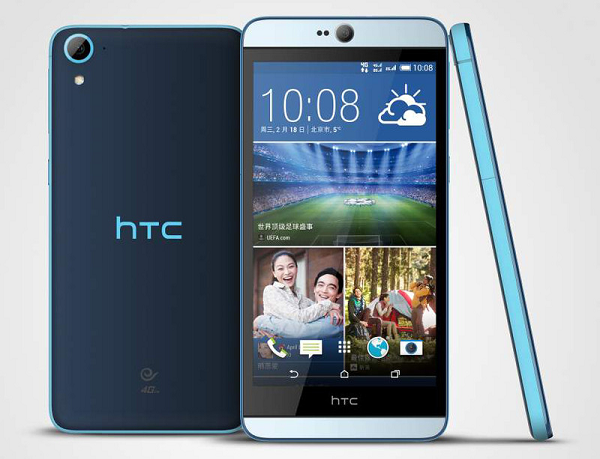 If we talk about specs then the HTC Desire 826 flaunts an 5.5-inch display with full HD 1080p screen resolution, under the hood it is powered by a 64-bit Qualcomm Snapdragon 615 octa-core processor clocked at 1.7GHz along with 2GB of RAM, and 16GB internal storage.

If we talk about camera then HTC Desire 826 features a 13-megapixel rear snapper and a 4-UltraPixel front facing camera, for connectivity it houses 2,600mAh battery, for connectivity it has WiFi, Bluetooth, Micro USB, and GPS. HTC has inlcuded Dolby Audio enhancement to its BoomSound speakers .

As per software is concerned, HTC Desire 826 runs on Android 5.0 Lollipop with Sense UI on top of it, company has said that it will be available in limited stock in Asian countries first, and global rollout will be made by the end of this month.