Xiaomi India was all over social media websites and they were teasing that they will be launching Desh Ka Smartphone, and today company has announced the smartphone which company was planning to launch from a long time, the Xiaomi Redmi 5A which is the successor of Redmi 4a which company has announced a couple of months back. Xiaomi Redmi 5a will be available in two variants, 2GB RAM and 3GB RAM, the first five million units of the Redmi 5A 2GB RAM variant with 16GB storage will be available for Rs. 4,999, and after that it will be sold at Rs. 5,999 while 3GB RAM and 32GB storage variant is priced at Rs. 6,999. 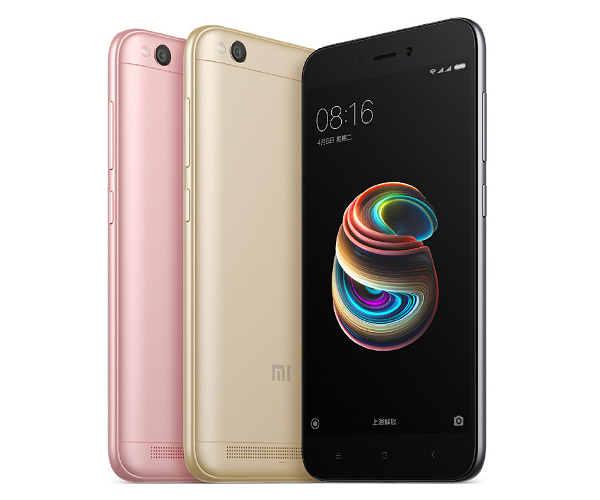 When it comes to specs, Xiaomi Redmi 5A has metal unibody design, it flaunts a 5-inch HD IPS display, under the hood, it is powered by quad-core Qualcomm Snapdragon 425 chipset which is an entry-level processor, and as told earlier, it comes in two variants, 2GB RAM with 16GB storage and 3GB RAM with 32GB storage, to handle graphics, we have Adreno 308 GPU.

Must Read – Xiaomi Redmi 5a; Specs, Features, And Price

When it comes to the photographic front, it has 13MP primary camera with an aperture of f/2.2, Phase Detection Autofocus (PDAF),  less wide aperture at f/2.2  and LED flash and there is a 5MP selfie camera.

For connectivity it supports, WiFi, Bluetooth, 4G/LTE, VoLTE, GPS, Micro USB and IR blaster, there is no fingerprint sensor. It houses a 3000 mAh battery and when it comes to software front, it runs on Android 7.1 Nougat which is wrapped under companies own MIUI 9.

Availability Of Xiaomi Redmi 5A –