As we know in just few hours, Honor is going to launch their flagship smartphone, the Honor 10 which company has already launched in its home country last month. And with this company is also going to start the war of mid-range flagship smartphones, as company will be launching this device just a day ahead of OnePlus 6 which is again one of the most awaited device of the year. In India Honor 10 will be exclusive to Flipkart and will go on sale starting midnight of May 16.

The global launch event of Honor 10 will happen in London at 2PM BST, or 6.15PM in India and if you want to see live actions then you will be pleased to know that company will be live streaming this launch event and you can watch it live here.

Just to recape, Honor 10 flaunts a 5.84-inch IPS LCD display with a Full HD+ resolution of 2280 x 1080 pixels and has 19:9 aspect ratio. Under the hood, Honor 10 is powered by Huawei’s own in-house Kirin 970 processor along with Mali-G72 MP12 GPU and dedicated neural processing unit.

Despite of being a taller aspect ratio, Honor 10 will has a tiny chin at the bottom which houses the fingerprint sensor.

Honor 10 comes in three different variant depending upon storage and RAM. The base model has 4GB RAM and 64GB storage, then we has a 6GB RAM variant with 64GB or 128GB internal storage. There is no support for expandable storage.

When it comes to the photographic front, Honor 10 features a dual camera setup at the rear, the primary 16-megapixel sensor with f/1.8 aperture which is a RGB sensor, while a secondary sensor of 24-megapixel is a monochrome sensor. At the front, we have a 24-megapixel camera with f/2.0 aperture for selfies and video calling. 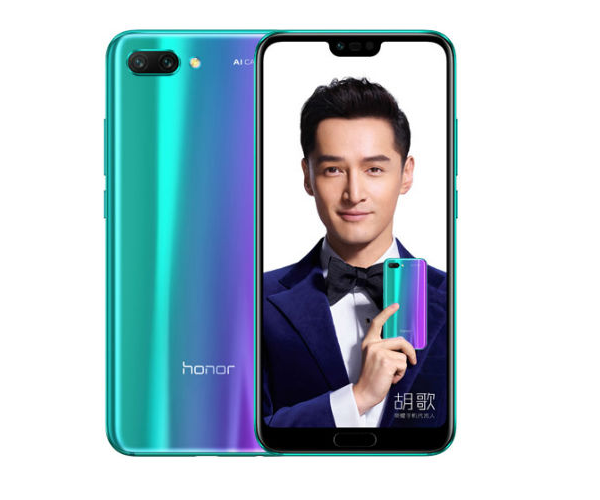 It comes in an aluminum frame with glass on the front as well as rear. For connectivity, Honor 10 supports WiFi, Bluetooth, GPS, NFC, 4G LTE, VoLTE, and USB Type-C, it houses a 3,400mAh battery. And when it comes to software front, it run on Android 8.1 wrapped under EMUI 8.1.

UC Browser Partner With Hungama To Provide Over 2 Millions Songs...