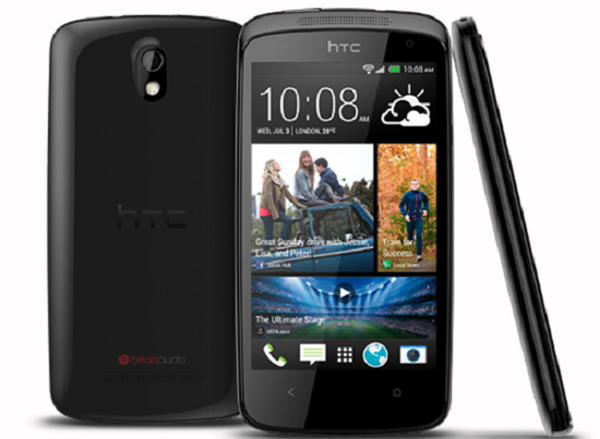 It seems that HTC has lots of phones in its bag and they are launching them in short interval, recently they had launched HTC One Mini, HTC Desire 600, HTC Butterfly S, HTC Desire 200, HTC Desire U.

Today they had announced another Desire phone, Desire 500, it is powered by a quad-core Qualcomm Snapdragon 200 CPU ticking at 1.2GHz along with 1 GB of RAM. It spots a 4.3 inch screen with screen resolution of 800×480 pixels.

At back it has 8 megapixels camera with f/2.0 aperture and a 1.6 megapixels camera at font, it comes with 4 GB of internal memory and expandable option. It houses 18000 mAh battery, it runs on Android, which version is not yet known, and wrapped around Sense UI 5.

This phone is made up of plastic material unlike HTC One Mini which is made up of Aluminum chasing. There is no word on India launch but we hope it to make its way very soon.

Turn Your Android Phone Into iOS7 With Espier Launcher And Lock...