Apart from launching next generation Zenfone series smartphone, the Zenfone 2, Asus has also launched a new smartphone in ongoing CES 2015, the Zenfone Zoom to which company is saying that its the “world’s thinnest smartphone with 3X Optical Zoom Camera”. Asus has said that it will be available by Q2 in market at the price tag of $399 or you can say Rs 25,000 roughly, just before CES kicked off, Asus has released a video which showed “optical zoom” feature. 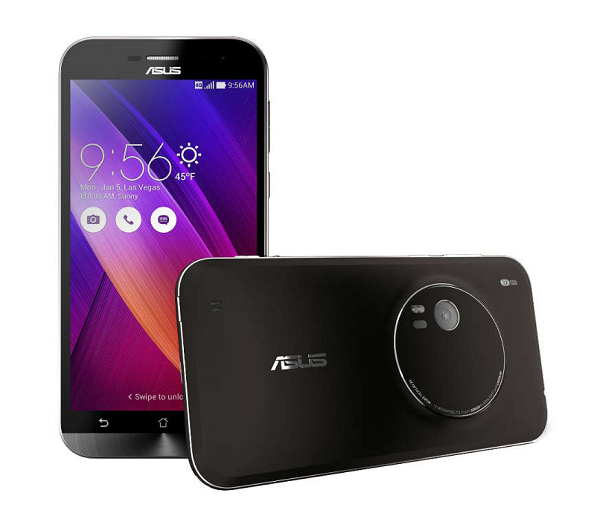 If we talk about its design then it do look like Lumia 1020 as it has same design language of camera at back, if we talk about specs then Asus Zenfone Zoom has 5.5-inch FHD IPS display screen with screen resolution of 1920×1080 pixels.

At back it features an 13-megapixel camera with 3X optical zoom, laser auto focus and OIS (Optical Image Stabilization), rear camera has 10-element lens which allows 12X digital zoom. Company has also added some over the top features like rear camera can take macros from the distance of just 5cm from the subject, company has added low-light mode to company claims can take 400 percent brighter images. There is also a manual mode for those who wants more control over the setting, At front it has a a 5-megapixel selfie camera.

As per software fron it runs on Android 4.4 KitKat wrapped under ZenUI, company hasnt announced any under the hood features like its SoC, RAM storage and all.