We all know that Qualcomm use to launch a flagship chip once a year and most of the time company use to introduce it at the starting of the year, and most of the flagship smartphones launched during the year, use that SoC. But recently Qualcomm has surprised all of us by announcing a mid-cycle refresh of its flagship chipset, the Snapdragon 855 Plus which comes with some of the changes which makes it stand out in the crowd, and in this article we are going to discuss the main difference among both of these chipset and see why company has launched it in mid-cycle. 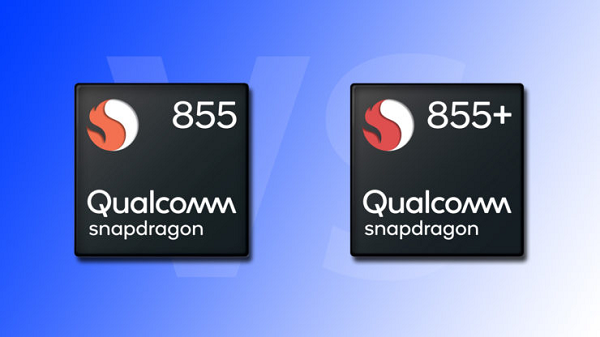 We already have first smartphone which has Snapdragon 855 Plus, the Asus ROG 2 which comes with this new chipset.

If you see the specs of these two processors then you will find the only change which company has made is slightly bumped up the clocked speed of CPU and GPU.

Both these chipset features the same tri-cluster arrangement of the ARM Cortex-A76-based Kryo 485 cores, which includes a prime core, 3 mid-cores, and 4 efficiency cores, and here is the biggest difference comes into play, the prime core of the Snapdragon 855 Plus is clocked at 2.96 GHz as compared to 2.84GHz on Snapdragon 855.

This slightly bump will help smartphone to handle more task, and handle more graphics-heavy games and apps in better way.

Snapdragon 855 Plus also comes with all new Elite Gaming features for smartphones which is bundled with this new chipset and due to which they will now support HDR10 rendering for more realistic and smooth gameplay, Q-Sync to help match the display’s refresh rate to the game’s frame rate.

With this announcement, company could hint that they will adopt bi-annually plans for its SoC as most of the flagship smartphones get launched in the second half of the calendar. If this happens then it will be beneficial for smartphones like Galaxy Note series and Google Pixel series, but this is completely speculations at this time and you can take it as pinch of salt.