As we know Apple is working on its next generation MacBook Air which will come in 12 inch variant and will have new design language. Now 9ToMac’s Mark Gurman has got bunch of new details of this upcoming MacBook Air through which he was able to create a rendered image of this device, and believe us if Apple is making something like this then they are pushing their limits in terms of design, output ports and thickness. 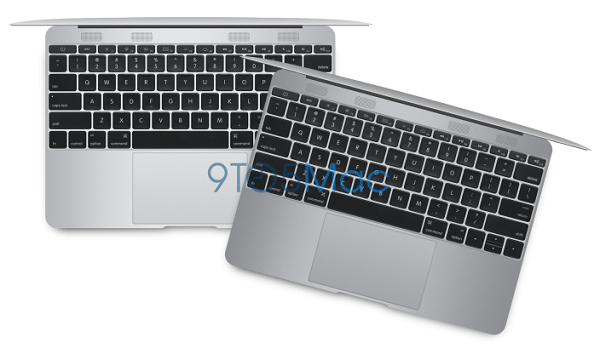 As you can see in image that Apple is going to implement edge to edge keyboard on this upcoming model which will sit along the width of the laptop. Apple has also reallocated some keys and now they are closer to each other, this is done to make laptop narrower. 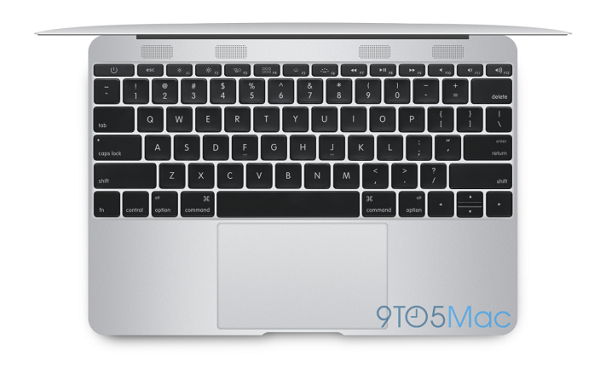 Just above keyboard you will see four speaker grills which also work as ventilation holes to make device cool without the need of fans.

Apple has removed many ports from this upcoming variant, on left side you will find just a USB Type-C port, and Apple is planning to ditch its standard USB ports, the SD Card slot, and even its Thunderbolt and MagSafe charging, as this USB Type-C port can be used for charging so MagSafe charging port is useless here. On right side you will have a 3.5mm Audio port along with 2 microphone.

This 12-inch variant could be 0.25-inch thinner than the 11-inch variant, however its not a big change but it seems nice to see that company is innovating.

Under the hood features of this device is not yet known but sources says that this device will go into mass production into first quarter of this year while some rumors also says that it will be ship in mid of 2015, somewhere around WWDC (World Wide Developer Conference).