This year we have seen Asus is focusing more and more on its ROG series and company has launched couple of laptops, desktops, mouses, keyboards and much more, and this year Asus was able to perform well in gaming section of the market, they were able to sell good number of devices and we have seen that they were able to increase their share in the market as well. Couple of months back Asus has launched their flagship desktop in India, the Asus ROG G20.

This is a very costly device which cost you around Rs. 1.8L in India, but it do comes with high end specs and features which is more than enough to impress you and make you spend your money on it.

The build of Asus G20 is not very much different from other high end ROG desktops which we have seen from the company, it has got an unfamiliar design, its angular in shape but I must say its very compact, it can easily fit underneath your desk or wherever you want to keep it.

It has got tribal pattern right on top and front of it, which not only gives a bold look to it but also helps in ventilation and keeps it cool during heavy tasks. There are RGB lights in front which glows while you are using it and provides a different look to it, these lights can be customized and controlled by Asus software.

At first look it seems Asus has combined two parts, the outer body which is black in color and red part which is placed in the center, however red and black combination looks nice.

When it comes to connectivity and ports then at front you have a optical drive which pop-outs vertically, then there are USB 3.0 ports along with 3.5mm audio jack and a microphone jack, and yes there is a power button as well. 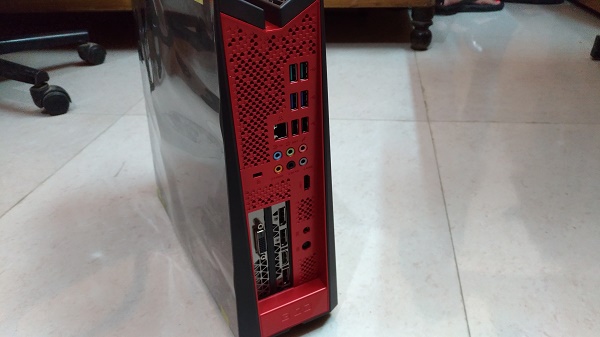 At back you will find bunch of ports, sometime it seems messy as well, you have two USB 3.1 ports, two USB 3.0 ports and two USB 2.0 ports, Gigabit Ethernet, six 3.5mm audio sockets, Kensington lock slot and an HDMI port.

Then you have some ports which are coming from graphic card as well, there is a two DVI-D ports, one HDMI port, and one DisplayPort.

Now one thing which you will notice at the back side of Asus ROG G20 is that there are two DC power inlets, one provide power to graphic card and other to machine, it comes with two power bricks which are joined into one, there are two power cables which comes into the box and you have to plug both to run this machine, but the cables over here are of different sizes, it makes a lot of clutter of wires when you power this machine.

This is Asus flagship device and Asus wanted to put top class things in it, Asus ROG G20 is powered by Intel Core i7-6700 CPU quad-cores processor clocking at up to 4GHz, and yes there is Hyper-Threading support as well, along with this you will also get 32GB of RAM which can easily handle whatever task you throw on it.

For storage you will get 256GB SSD along with 3TB of internal storage which is good enough keep all your movies, games and music collection. 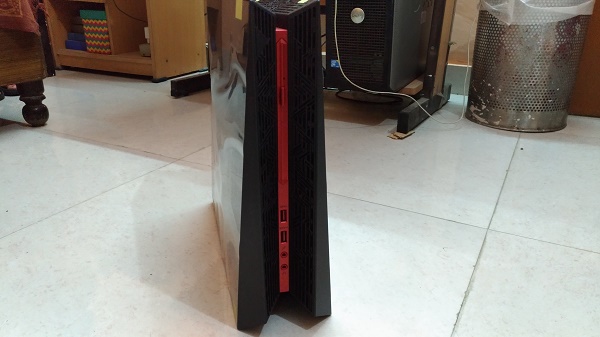 Asus ROG G20 also comes with the support of built-in Wi-Fi 802.11ac and Bluetooth 4.0, it comes with Nvidia GeForce GTX 1080, which can easily handle your 4K games as well.

Now if you are wondering with all this power how Asus ROG G20 will be able to handle heat, the Asus has promised that it wont get heat up even during heavy task, even during our gaming and usage we didnt faced any heating issue, all thanks to copper heatpipes multiple fans, and air flow design which Asus has implemented on this.

Like any other Asus ROG series machine, this one too comes plenty of pre-installed apps, there is a Asus Aegis app which is quite useful app for you, it runs on top of all other apps and can determine the resource usage and basic overclocking controls, with this app you will also be control the RGB lights which are placed at the front of this machine. This also lets you change the screen resolution, you can take stills images and record videos with it.

There are some performance analyzer app and Boost launcher which allows you to automatically close certain apps when launching a game for optimal performance. There is a Asus App Box which is like a app store from Asus which suggest you some useful apps like Asus Web Storage, Asus Command, PC Cleaner, Ai Booting, Audio Wizard, Backup & Recovery and some more.

Asus ROG G20 do comes with a keyboard and mouse inside of box, which are very basic one, we were expecting some fancy looking keyboard and a gaming mouse from company but company decided to keep it very basic. 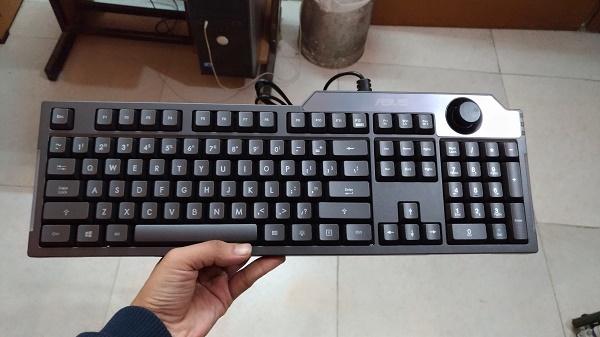 In keyboard comes with it is a mechanical keyboard and it provides good feedback and has nice key travel, its good for typing and day to day work, it do supports back light and you can turn on or off this with the button provided on the keyboard itself, but you cant customize it. And on top of all, there are no gaming controling buttons or media buttons, it only comes with a nob to adjust the volumes and thats all. 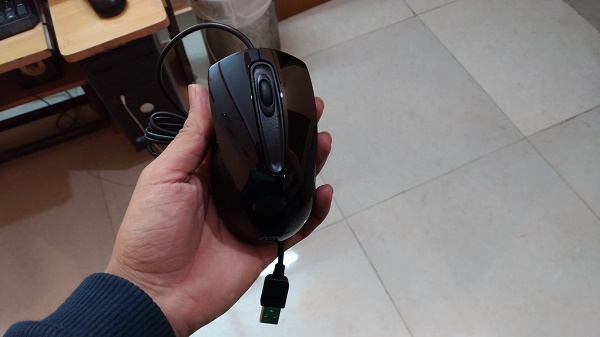 On the other hand mouse which comes bundled is very basic one and it does not have any extra feature which might help you in gaming.

Asus ROG G20 is a very silent PC, it doesnt make any sound while you are using it, however when playing heavy games or doing any heavy task it do perform some noise but that’s under limits. 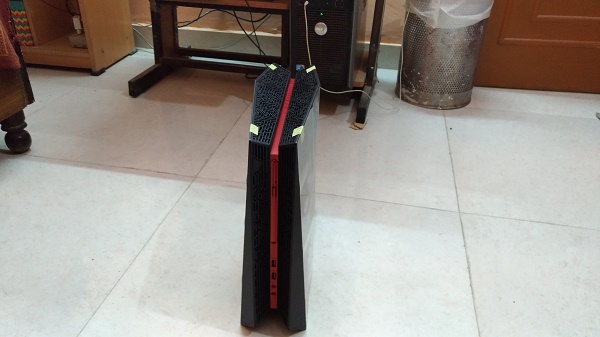 It uses new generation SSD and we can see its effect, while coping data to and from USB thumb drive we can see how fast it can go, CrystalDiskMark shows awesome results, it showed 2341 Mbps sequential reads while write speed was 1342 Mbps.

We hook this machine to a 4K monitor via HDMI, and while playing games on high setting we saw it managed to keep average frame rate.

We played Rise Of Tomb Raider which is a graphics demanding game and while playing it on 4K monitor with high setting we found average frame rate of 37fps, this is good for most of us, if you want more smooth graphics then you can drop setting a bit.

Battlefield on the other hand is a buttery smooth game, we again played it on 4K monitor and it gave frame rate of 65fps to us which is very impressive. We also played NFS Most wanted and GTA V, both were smooth and provided frame rate of more than 50fps.

If you love numbers then here are some benchmark scores for you, Cinebench R15 showed 137fps in its OpenGL graphics test, one of the most popular benchmarking tool PCMARK 8’s home, work, and creative gave scores of 3962, 3341 and 8067 respectively. HyperPi took only 11.412 seconds to calculate the value of Pi to a million decimal places. When it comes to stress test then 3DMark Fire Strike Ultra test got 4,744 points.

We edited a series of RAW image on Adobe Photoshop CS6 and there was no issue, we also edited and rendered a 8 minute long 4K video on Adobe Premier Pro, and again no issue at all.

The overall build and design of this machine is very impressive and it hit the right point for a gamers in terms of build and design, its stylish, and compact. It comes with high end specs and feature which gets its job done, you can do almost any task like gaming, video editing and all on it without having any major issue, and yes it do looks cool and nice.

However there are some flaws as well which we didnt liked at all like, and first of it is dual power option, it comes with very basic keyboard and mouse, and it do allows you to upgrade component without breaking warranty but its not easy to upgrade components like SSD, RAM or HDD, and if somehow you managed to do this, it wont be easy to find a GPU to fit in this machine.