We are telling that its festival season and you will see lots of launches of devices, recently we saw ZTE Open phone and now as we were expecting Zen has launched the updated version of Zen UltraFone 701 HD, the Zen Ultrafone 701 FHD and its available for Rs. 17,999.

In terms of specs, Zen Ultrafone 701 FHD sports an 5 inch full HD display screen which is protected by Corning Gorilla 2 glass and a bordering Magnesium frame which makes it light in weight and strong. 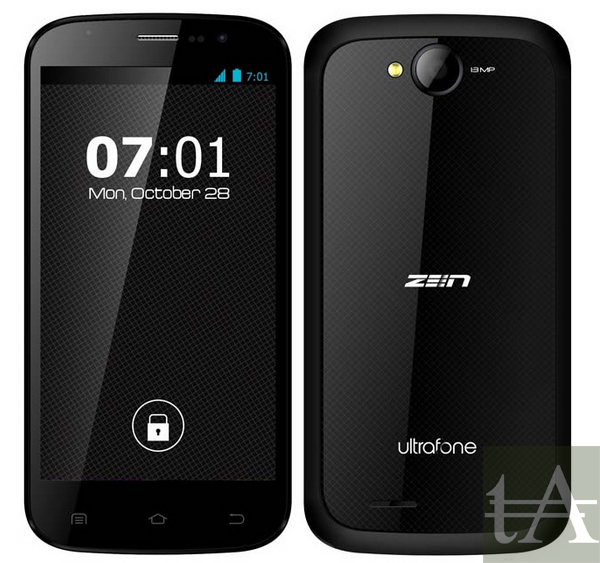 It is powered by Mediatek MT6589T Turbo Quad Core processor clocked at 1.5 GHz paired with 1 GB of RAM and with PowerVR SGX 544MP GPU. We were expecting at least 2 GB of RAM which is common nowadays in all smartphones from Indian vendors.

Other features of Zen UltrFone 701 FHD are, an 13 megapixel rear auto focus camera with LED flash and BSI2, it has 5 layer lens optics which will surely enhance your images and videos, it also has a front facing 8 megapixel camera. It comes with 16 GB on board storage which can be further extended to 64 GB using a microSD card.

For connectivity Zen Ultrafone 701 FHD has 3G, 2G, Wi-Fi, GPS and Bluetooth and it houses a 2050 mAh battery. On software front it runs on Android 4.2 Jelly Bean.