Now this is called surprise, festive season is on and you must expect some surprises and here is the first, ZTE Open, which is worlds first smartphone which runs on Firefox OS, we didn’t expected this phone to land in India too soon but its now selling on eBay India for Rs. 6,990/-

In terms of specs this phone is not so good but has average specs, it flaunts an 3.5 inch of display screen with screen resolution of 480×320 pixels, means 166 pixels per inches. 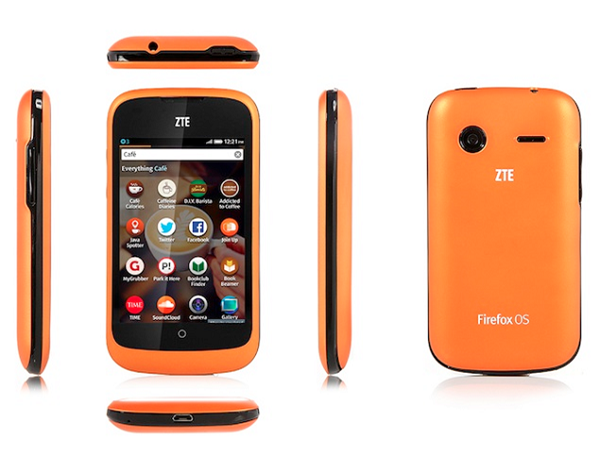 It is powered by 1 GHz Snapdragon processor based on Cortex A5 paired with 256 MB of RAM and 512 MB of ROM which can be expandable up to 32 GB using microSD card. Other features of ZTE Open are, an 3.5 MP rear camera, and it houses a 1,200 mAh battery. Phone is fully integrated with facebook and WhatsApp too.

Firefox OS is an linux based OS and all apps running on this platform will be HTML5 based which means they don’t native codding which we see on iOS, Android or een in Windows phone platform and thus app of one platform wont work on another.

By using HTML5 Mozilla has selected broader platform and apps can work on multiple platforms, it will be too soon to comment on HTML5 apps but we can see other accepting it too as it will be light weight and uses light memory.

Its just the beginning of Firefox OS and it has to go far too compete with Android and other OS in market. We will keep our eye on it, if you have to say anything on this then please use comment section below.