Finally Yu has launched its much awaited flagship device, the Yu Yutopia in an event held in New Delhi just hours back. From couple of months Yu has been teasing for the same and calling it ‘most powerful smartphone on planet’, company has priced it at Rs. 24,999 and it will be exclusively available on Amazon India without any flash sale from 26 December, pre-booking of the same has been started. 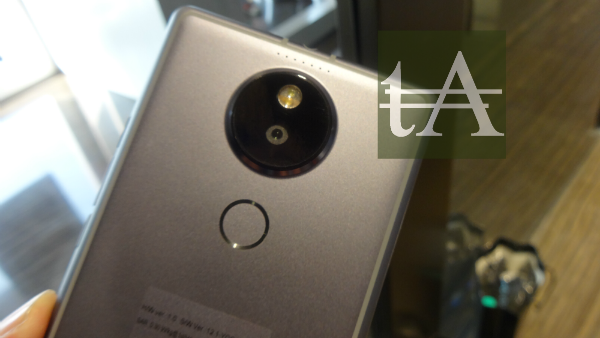 Before this device, we had seen company has mainly focuses on budget segments, they had launched three devices all were below 10K mark, but this September company has planned to launch a flagship smartphone and from then they are teasing for this smartphone on their social media channels.

Yu Yutopia comes with a metal and glass body, it has got glass at front and rest of the body has got metal uni-body design to which company has said made up of Aircraft grade aluminum.

When it comes to specs then its in line to what we had seen in earlier leaks, Yutopia flaunts an 5.2-inch WQHD (2560×1440 pixels) IPS display with pixel density of 565ppi, display is being protected by Corning Concore Glass protection, at its heart it has got Qualcomm’s 2GHz Snapdragon 810 64-bit octa-core processor along with Adreno 430 GPU and 4GB of LPDDR4 RAM, it also comes with 32GB internal storage which can be further expanded via a microSD card.

Yu yutopia houses an 3,000mAh battery which supports Quick Charge 2.0 which can charge the battery from zero-60 percent in only 30 minutes, and company claims is good enough to last an entire day, for connectivity it has all necessary options like 4G LTE support, Wi-Fi, Bluetooth, Micro USB, and GPS, and last but not least, when it comes to software front, it runs on Cyanogen 12.1 OS based on Android 5.1 Lollipop and soon will get Cyanogen 13 OS update which is based on Android Marshmallow.