Today Samsung has finally announced a new smartphone in its Galaxy lineup, the Samsung Galaxy F13 which seems very similar to the earlier announce Samsung Galaxy M13 with one major difference which is its thickness, which is obvious to make room for a bigger battery. This budget smartphone comes with a 6000 mAh battery with the support of a 15W charger which is not that much enough but it can provide enough to your smartphone in less time. 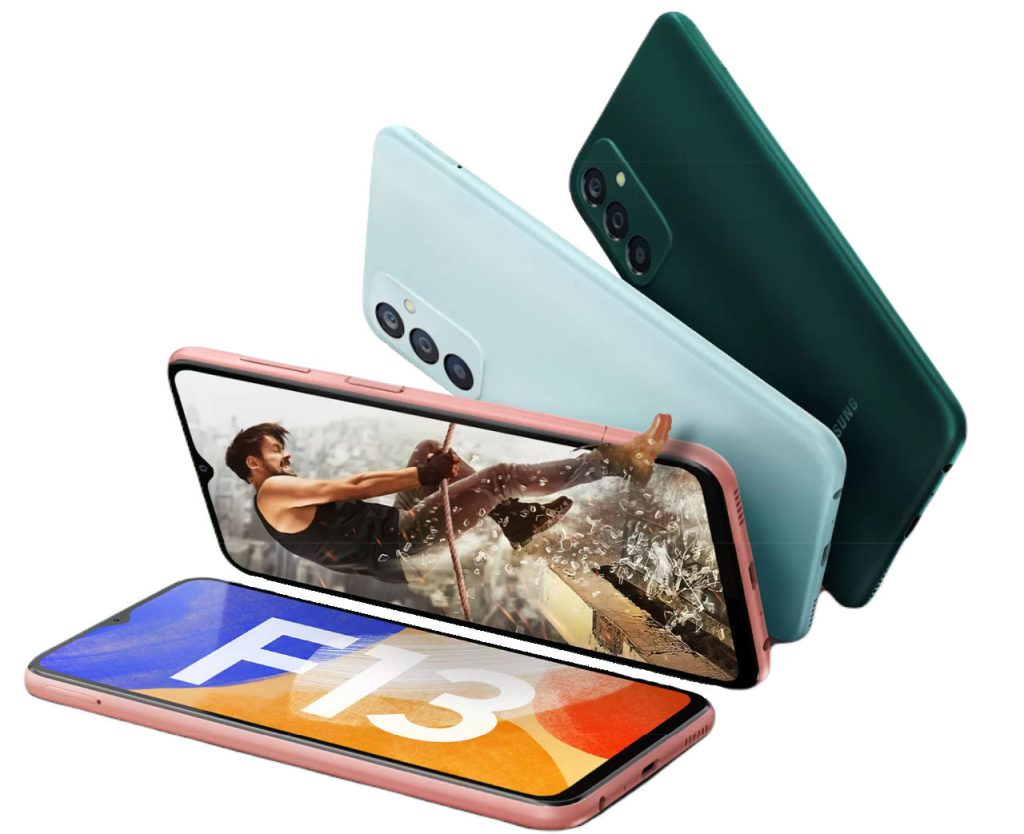 When it comes to the specs, the Samsung Galaxy F13 comes with almost similar specs to Galaxy M13 with a few tweaks here and there, it flaunts a 6.6-inch LCD with Full HD+ resolution (1080×2408 pixels) which is protected by Corning Gorilla Glass 5, this protection is not there on Galaxy M13.

Under the hood, it is powered by Exynos 850 (8nm) octa core CPU along with 4GB of RAM and comes in two variants of 64GB and 128GB storage with a MicroSD card option with which you can expand memory up to 1TB.

When it comes to the camera front, it comes with a triple camera setup of 50MP which is its main camera, then a 5MP ultrawide sensor and a 2MP depth sensor, at the front it has got an 8MP selfie sensor.

As told earlier, it has a bigger battery of 6000 mAh, rather than just a 5000mAh battery which we had seen on the Galaxy M13.

Samsung Galaxy F13 runs on OneUI on top of Android 12, it also do comes with Samsung Knox security protection of personal data in which you need face and fingerprint for unlocking.