As expected, after months of leaks and rumors, finally LG has announced its flagship smartphone, the LG G5 which not only comes with the latest set of hardware’s and software features, but LG has introduced modular design in this smartphone. Earlier many companies attempted to do this, and the latest company is Google who is working on its Project Ara but none of the devices were able to make their way to mainstream market as of now. 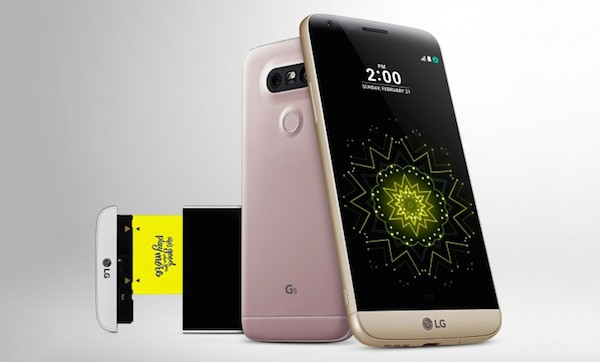 Smartphone’s bottom bezel can be unlatched and allows you to insert modular components to the device like LG Cam Plus which adds 1,100mAh battery and hardware shutter key, a video button, and zoom dial, there is Bang & Olufsen DAC for richer audio quality experience, company has said they will open this standard for the third party as well. 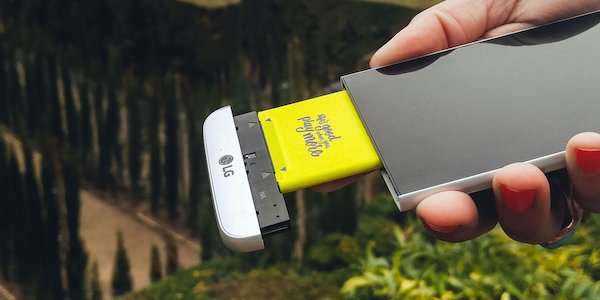 LG has changed the design language in this smartphone and they are done away with power and sleep button along with volume rockers which we had seen at the back on LG G3 and G4, instead, there is dual camera module with LED flash, laser autofocus, and fingerprint scanner at back.

When it comes to specs, LG G5 flaunts a 5.3-inch QHD display (2560x1440pixels) with a pixel density of 554ppi, under the hood it is powered by Qualcomm’s Snapdragon 820 SoC paired with 4GB of RAM, there is 32GB of onboard storage which can be further expandable via microSD card.

For connectivity, it features Bluetooth 4.2, NFC, Wi-Fi 802.11ac, and USB Type-C 2.0 port, for software scenario, it runs on  Android 6.0 Marshmallow OS wrapped under LG’s custom UI. The G5 will be available in four different colors, silver, gold, pink and silver, it will be launched in April in selected countries.