Earlier today Amzon India has uploaded an banner on their website which says Prime Is Coming, which clearly hints that company is planning to launch a device which has got Prime in its name, most of the users across internet made a guess that company is planning to launch Redmi Note 2 Prime which they had launched couple of months back in China and now it might be launched in India. 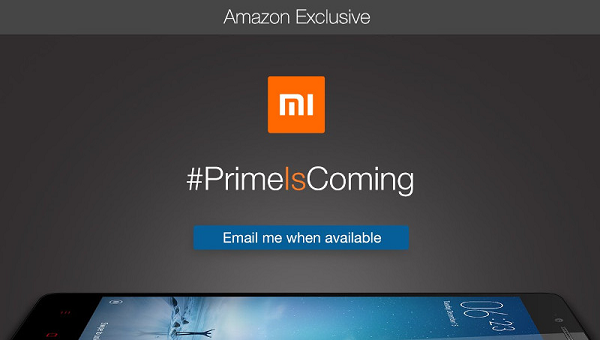 But in our opinion its very less likely to happen as Xiaomi is still not allowed to sell MediTek based devices in India and Redmi Note 2 Prime runs on MediaTek Helio X10 octa-core processor, and very soon Xiaomi India has made it clear that they are going to launch a new device not Redmi Note 2 Prime.

On its Facebook page, while replying to users company has said that the device which going ti make its way will have 5.5 inch 1280x720pixels display, but Redmi Note 2 Prime has got Full HD display in it.

As per the news we are getting, company might be planning to launch a updated version of last year launched Redmi Note 4G (Review) which might be launched has Xiaomi Redmi Note Prime aka Redmi Note 2.

Redmi Note Prime will have 5.5-inch 720p HD IPS display, will have 16Gigs of internal storage, it will have 13MP for the back and an 5MP selfie camera at front.

Update :- On Mi India website, company has mentioned that they are going to announce a new device on 15 December.