Couple of weeks ago HTC has announced its latest smartphone, the HTC One A9 in India but at that time company hasnt announced its price nor they said any word on the availability of the same device, now company has revealed both of the things, and this smartphone is priced Rs 29,990 and it will be exclusively available via Snapdeal on December 15, registrations for the same start tomorrow and will remain open till December 14. 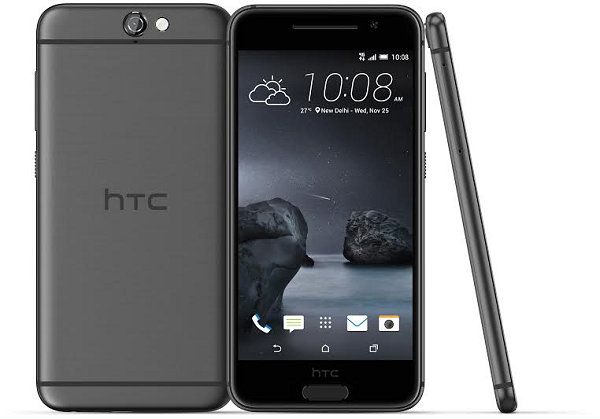 One of the much talked point of this device is its build and design, at first look it looks like an iPhone from back, it comes with an premium unibody metallic body and a fingerprint sensor.

When it comes to specs the HTC One A9 flaunts an 5-inch full HD  display which is protected by Corning Gorilla Glass 3, at its heart, it has got Qualcomm’s Snapdragon 617 octa-core 64-bit processor along with 3GB of RAM and also comes with 32GB of internal storage which can be further expandable up to 2TB using a microSD card.

When it comes to photography front, it features an 13-megapixel rear camera with optical image stabilization (OIS), BSI sensor, Phase Detection Autofocus (PDAF), and true-tone LED flash, camera is also capable of taking RAW photo, and there is a built-in hyperlapse mode for capturing time-lapse videos, at front, there is an 4-Ultrapixel camera for selfie.

It houses an 2,150mAh battery with Quick Charge 2.0 support, with support update its going to support Quick Charge 2.0, for connectivity it has got 4G LTE support, Wi-Fi 802.11n, Bluetooth, Micro USB and GPS, and when it comes to software front, it runs on on Android 6.0 Marshmallow out-of-the-box wrapped under HTC’s Sense UI.