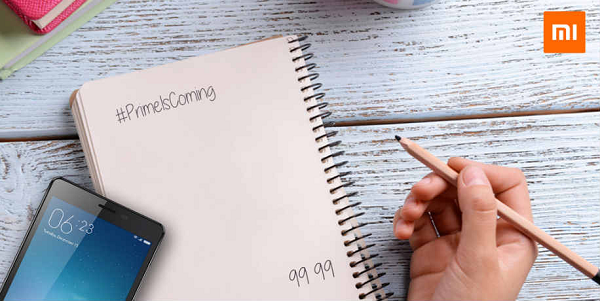 Now the latest chat conversion between Xiaomi India and Amazon India over twitter shares some more light on the upcoming device, first Tweet from Xiaomi says “#PrimeIsComing with twice the memory than its predecessor!” and the image on tweet shows earpiece and touch capacitive buttons with a caption of “16GB flash memory with 32GB microSD slot.”

The very next Tweet from Xiaomi India says “If you’re looking for stunning display, look no further! #PrimeIsComing.” And the image on tweet shows the smartphone’s display and a book with “99 99,” written over it, which can be taken as a hint that smartphone could be priced at Rs 9,999.

Company will announce this smartphone 15 December and we will know more once company officially announce it, stay tune with us for more updates.