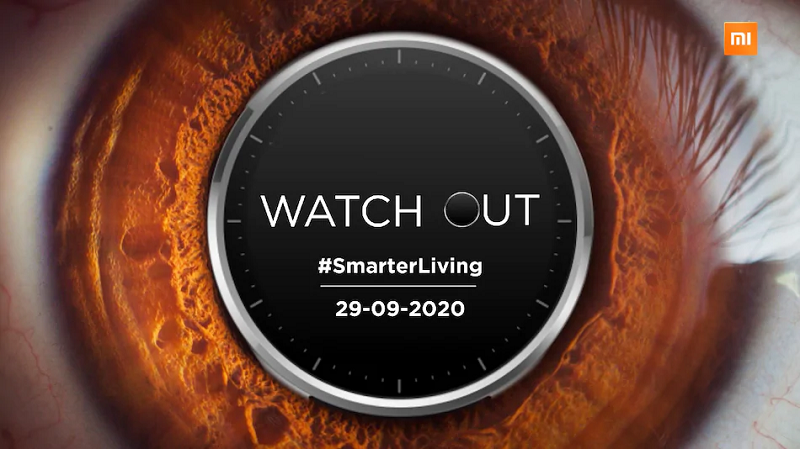 Xiaomi has launched Mi Watch Color recently in its home country and now they are planning launch this smartwatch in other parts of world as well and in past some reports has suggested that it might be launched as Mi Watch Revolve in markets outside of China.

The company has teased for the launch of smartwatch on its Twitter Account where they had put up an image which says ‘Watch Out’ and a smartwatch dial inside an eye, and also the cation says ‘Wait till you SEe Mi’ and this is enough for us to guess that Xiaomi is planning to launch its first smartwatch in India.

Watch out for some crazy #IOT products at #SmarterLiving2021.

RT🔄 if you have been waiting for this one. pic.twitter.com/h5FJIHsecz

Xiaomi Watch Revolve or Watch SE, whatever company decide to call it in India will have a circular dial, just like in the tweet image, it will have an 1.39-inch AMOLED display.

The Mi Watch Color also comes with a 24×7 heart rate monitoring, sleep tracker, Bluetooth 5.0, GPS, NFC and a 420mAh battery. It has a water resistance of 5 ATM and also comes with 10 sports modes.

It houses a 420mAh battery to which company claims that it can last upto 14 days on a single charge, and it also supports NFC support.

Its not sure whether company is planning to launch Mi Watch Color with its own proprietary OS which will make it an affordable smartwatch or with Google Wear OS which will slightly make its price higher.

The Mi Watch Color was launched in China for RMB 599, which makes its Indian price around Rs. 6,500.