Its been rumored from couple of month that Xiaomi is working on a new smartphone which will be the successor of Xiaomi Mi 4i which company has launched earlier this year in India. Tomorrow Xiaomi will be launching their latest smartphone, the Xiaomi Mi 4C, and when few hours are remaing for the launch of this device, Xiaomi’s executives are busy, not in preparing for the launch event, they are busy in revealing the details of this smartphone bit by bit.

Xiaomi’s co-founder Li Nan, Chairman Lei Jun, and President Lin Bin has revealed the details of this upcoming device, like its processor, camera and some more, which is in line with what we had seen in previous leaks and rumors. 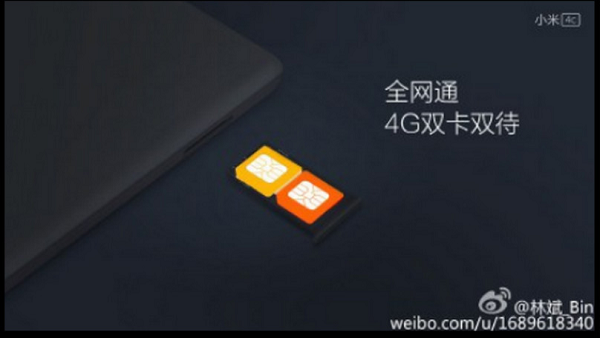 As per the Xiaomi’s co-founder, Mr. Li Nan, Xiaomi Mi 4C will have dual SIM and both can accept your LTE enabled SIMs which means you can use LTE using any of the SIM which is there in the phone, however Xiaomi Mi 4i only comes with one LTE SIM slot and you can only insert 2G SIM in second SIM slot, he also confirmed that Xiaomi Mi 4c will be comes in multi-color language of orange and white, not like Mi 4i which has only white back panel. 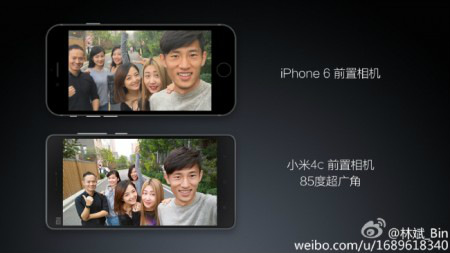 Lastly, Jun confirmed that under the hood, Xiaomi Mi 4c will be powered by a Snapdragon 808 hexa-core chipset along an integrated Adreno 418 GPU, and there will better connectivity, which will enable users to get 20 percent faster download speeds compared to previous models.

Some of the previous leaks has also confirmed that Xiaomi Mi 4c will have USB Type-C port, will houses a 3,080mAh, comes in 2GB of RAM in 16GB variant and 3GB RAM in 32GB variant, 5 inch FHD display, will have an 13-megapixel rear snapper with LED flash and a 5-megapixel selfie camera, it will run on the latest MIUI 7 based on Android Lollipop.

Apart from this company is also expected to provide a Micro USb adapter with Mi 4c which will convert microUSB charger into a USB Type-C charger. Company will be announcing this smartphone tomorrow, and we will be covering this event for you, so stay tuned for latest update