InFocus, a US based smartphone company which has launched devices in almost all segments, whether their first smartphone, the InFocus M2 which is an supper affordable smartphone or InFocus M810 which has got high end features and comes with premium build and design. One thing which we like on InFocus devices is that they are very well built and has got good design language. Now to extend their portfolio company has launched their flagship smartphone for Indian market, the InFocus M812, we had got sometime to play with they device and we had used it for for 10 days and we can say its one of the best device at this price bracket. It is available at the price tag of Rs. 19,999. 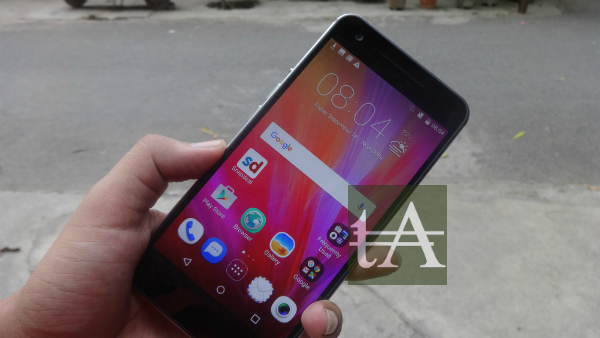 In past we had seen that InFocus use to be very serious about the design and build of their smartphone, and same can be seen in InFocus M812 which comes in a metal body, it has got uni-body design and you wont have access to battery compartment. It has got curved edges on its sides which makes it easy to hold and will provide better grip to you. 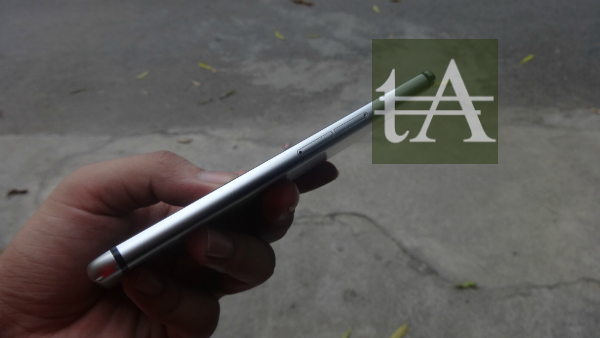 When it comes to connectivity and ports then on right side you will find two SIM tray, the below one is for your primary SIM which can be your LTE SIM, the second tray will work as a hybrid SIM tray and it will either accept second SIM or you can insert a Micro SD card for memory expansion. 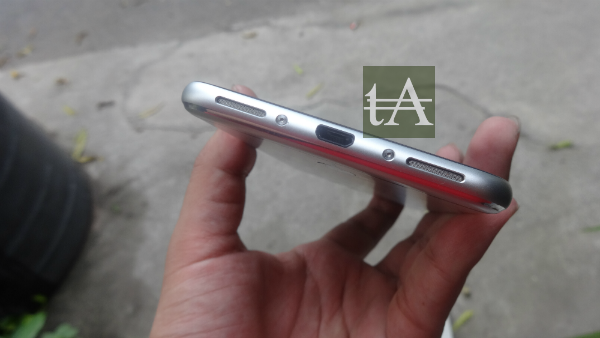 At bottom, you will find two grills, they both are not speakers, one is speaker grill and another one is your primary microphone, along with this you have your Micro USB port for charging and data transfer. 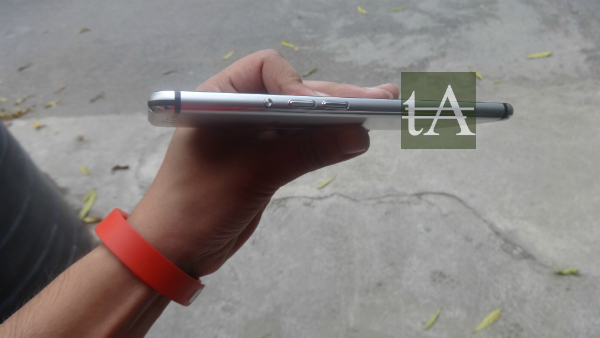 On left side you have your Power and Sleep button followed by your Volume Rockers, these are metallic buttons and will give you good feedback, all buttons are separate which makes them easy to use. 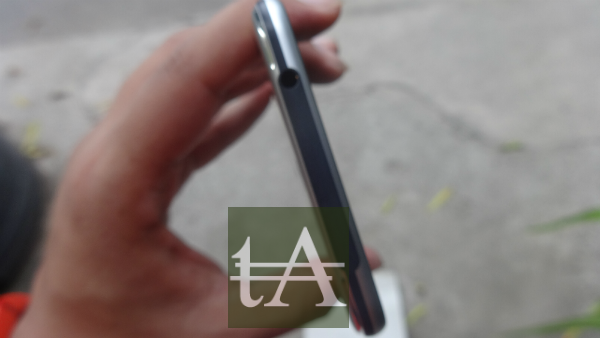 On top you will find your 3.5mm audio jack for your headphone. 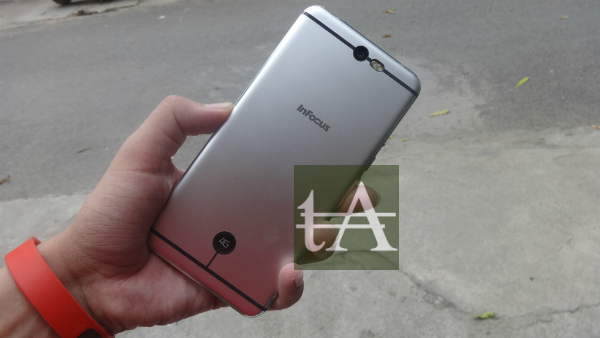 At back you will have full metal body, there is an 13MP rear snapper with dual tone LED flash, along with this you also have an secondary mic for noise cancellation, and InFocus branding is their as well. 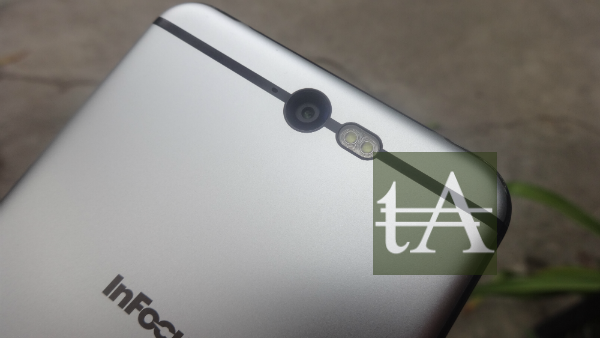 At back you will find some black strips here and there which do look cool and nice, as its a metal body, you will not find any finger prints marks or smudges on the back very easily.

At front it has got 5.5 inch full HD display screen which is protected by Corning Gorilla Glass 3, above display you have your 8MP front facing camera, nice metallic earpiece and some sensors along with notification light. 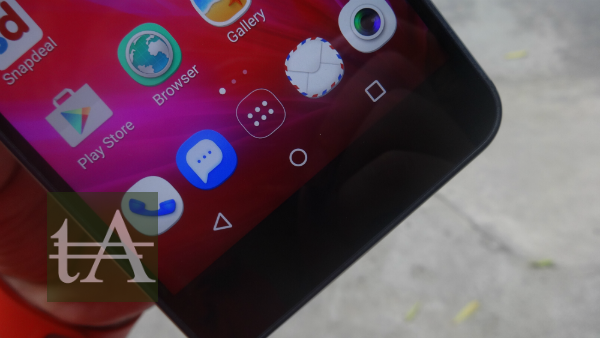 This device comes with on screen buttons and despite of having onscreen button, it has got a big bezel at the bottom side which makes it a big device and its not easy to reach all corners of the screen with one hand.

The overall build and design of this device is very solid and it do feels like a premium device in hand.

Hardware And Specs Of InFocus M812:-

When it comes to under the hood feature the InFocus M812 comes with Quad Core Qualcomm Snapdragon 801 processor clocked at 2.5 GHz along with 3GB of RAM and Adreno 405 GPU which can handle heavy games for you. When it comes to software, InFocus M812 runs on Android 5.0.2 Lollipop, its not the latest but its one of the latest version. If you love stock Android then you will be disappointed here as company tweaked a bit and added some features as well. It comes with some motion controls like turn over the phone to reject it, shake phone to play next song and some more. 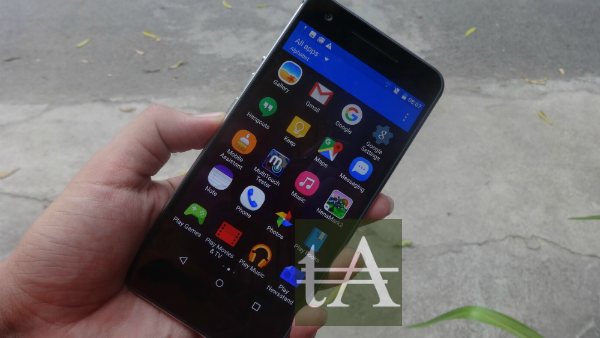 There are some pre-installed apps like Snapdeal, Power Detective, WPS Office and some more. As it comes with 16GB of internal storage which can be expandable via Micro SD card, out of 16 GB you will get around 9.5GB of free storage on your first boot, there is no option to make your SD card as your default write disk, USB OTG is also support on this device.

As it has got 3GB of RAM and you will get 1.8GB of free RAM on your first boot which it good enough. The overall UI experience is smooth and we didn’t faced and lag on the UI.

InFocus M812 has got 5.5 inch full HD display screen which provide good viewing angles and you can view screen from extreme angles as well without any major issue. Screen visibility under sun light is also good and we didn’t faced any issue while using it under sun light.

Touch response of screen is good and one thing which we liked is that it does not invite your finger prints easily.

InFocus M812 comes with 13MP rear snapper with dual tone LED flash, camera UI is simple and you can easily use it without any issue, there are some extra setting like shutter control, white balance effect and some more. There are plenty of effects which you can choose for your image and apply on it. This camera app allows you to shoot images in different modes like Beauty mode, burst shot, HDR and some more. At front it has an 8MP front facing camera which again take good selfies for you. Here are some camera samples which you can see :- InFocus M812 comes with 2900mAh battery which is average for an 5.5 inch FHD display phone, on our average usage we were able to survive for 15 hours with this battery, if you are an moderate user then you can easily get one day of battery life with it.

InFocus M812 is powered by 2.5 GHz Quad Core Qualcomm Snapdragon 801 Processor with 3GB of RAM and Adreno 405 GPU, its well enough to handle almost all kind of task which you will throw on it. In our test we played heavy games like Asphalt 8, Dead Trigger, GT Racing, and Frontline Commando 2, and all went smoothly, yes we did faced lag couple of times while running lots of games in background, but its not the major issue.

The overall performance is very smooth and you wont face lag in your day to day usage, all apps open easily and switching from one app to another is also not a problem. When it comes to heating issue then yes this device heats up as it has got metal body and you can feel heating on it.

Here are some benchmark test :- Surely InFocus M812 has got best in specs and its design is also very good on which you will find smooth performance, at this price tag it will compete with some other popular devices like Xiaomi Mi4 and OnePlus One which are quite popular and are available at the lower price than this. If you want a good build and design smartphone which can give you smooth performance then you can go with this device.