As expected, today Motorola has announced its latest wearable device, Moto 360 2nd Gen in India, this smartwatch was launched in IFA Berlin and after three months its been launched in India. Price of this smartwatch for the smartwatch start from Rs 19,999, and it will go on sale from tonight (7:30PM) on Flipkart and Myntra. Company has announced both 42mm and 46mm variants, when it comes to detail price then Leather and Rose Gold (42mm) variant is priced Rs 19,999, while the Metal variant is priced at Rs 22,999, and the Black variant (46mm) will go on sale at Rs 23,999. 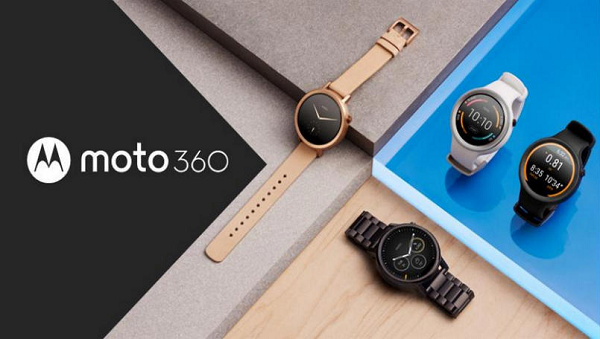 Under the hood it is powered by 1.2GHz Qualcomm Snapdragon 400 quad-core processor paired with Adreno 305 GPU paired with 512MB of RAM also comes with 4GB internal storage, and for connectivity it supports Bluetooth 4.0 LE, and Wi-Fi 802.11 b/g. And in terms of sensors it has  Accelerometer, ambient light sensor and gyroscope, a heart rate sensor, and it as also got IP67 certification which means its resistant to dust and water

These smartwatch’s are WiFi enables means if your smartphone is out of Bluetooth range then also you will get notifications. Moto 360 2nd Gen runs Android Wear which comes with Live Dials which lets you quickly get access to apps right from the watch face.