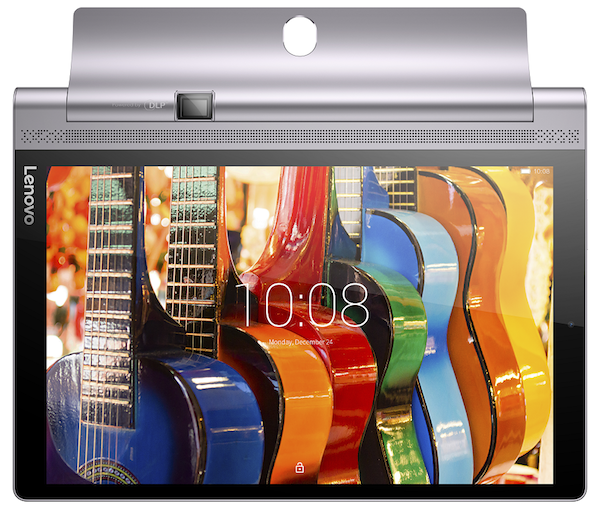 Lenovo YOGA 900 is a convertible laptop which is equipped with Intel’s latest 6th gen Core™ i7 processor, along with 8 GB of RAM. The YOGA 900 provides flexibility with four usage modes (laptop, stand, tent, tablet), letting users work, watch or play games in different scenarios. Lenovo crafted the laptop with its recognizably different watchband hinge made of more than 800 intricately woven, individual pieces. The improved watchband hinge provides a noticeably smoother rotation – allowing users to flip and fold their YOGA 900 easily into different modes.

It has an improved battery life with 50 percent greater battery density (compared to the previous generation), allowing it to achieve up to nine hours of local video playback. The 34 cm QHD+ (3200×1800) IPS Display has a wide viewing angle that takes full advantage of the new Windows 10 and brings digital content to life in vibrant colors. To take your entertainment experiences to next level, it comes with JBL stereo speakers and Dolby Audio Premium for a powerful sound that is crisp and clear. Thanks to its distinct thermal solution and uniquely designed vent structure, it not only cools better but also stays quieter and cleaner.

Just like its predecessor, the USP of this tablet is its 180-degree rotatable projector which can beam life-sized images onto a wall or ceiling and project significantly brighter cinematic pictures. With its super bright 50 lumen output, you can project an image of up to 70” (178cm) on any wall or ceiling. To further enhance your experience, it includes four front-facing JBL speakers with Dolby Atmos equalizer.

When it comes to photographic front, it features a 13-megapixel autofocus rear camera and there is a 5-megapixel front facing camera as well, it houses a massive 10,200mAh battery, to which company claims to offer usage of up to 18 hours on full charge and you can use this tablet as power bank and charge your other devices, for connectivity, it supports Bluetooth, Wi-Fi 802.11ac, and when it comes to software scenario, it runs on Android 5.1 Lollipop with Lenovo’s custom UI running on top.