As expected, today Microsoft has announced its latest tablet, the Surface Pro 4 in India, company has originally announced this tablet couple of months back in US and its available in many parts of the world. Last month company has said that they will launch this tablet in January in India and they did it. Pre-orders of this tablet has already started and you can visit Amazon.In and pre-book one for you, shipments of these tablets will start from 14 January. 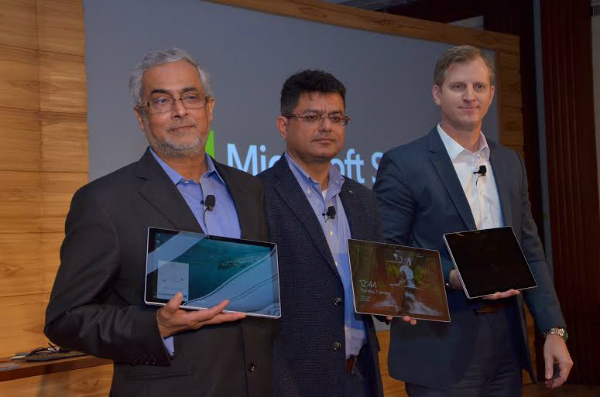 Surface Pro 4 is the first Surface tablet to be officially launched in India, it comes with 12.3-inch PixelTouch display with 2736×1824 pixels resolution and has pixel density of 267ppi, display is protected by Gorilla Glass 4.

For camera front, it features 8-megapixel rear and a 5-megapixel front cameras, some other feature of this tablet is stereo speakers with Dolby audio, USB 3.0 support.