Last John Sculley, former CEO of Apple, Inc. and Pepsi-Cola, Inc co-founded a new mobile company, the Obi Mobiles which has launched mid range of devices and slowly growing its market, Obi Mobile is currently having its business in India and Middle East. Last year company has also entered into Singapore market with 70 mobile phones which price range up to $200 having mobile phone. 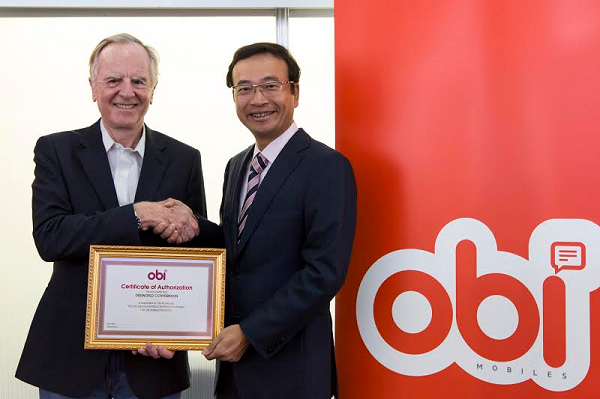 Now today at Mobile World Congress 2015 in Barcelona, Obi Mobile has announced that they are going to enter into Vietnam market in exclusive partnership with Digiworld, which is a well named and popular mobile distributor in Vietnam.

Mr. Doan Hong Viet, CEO, Digiworld :- “Many people today in Vietnam are eager to move up to smartphones that unleash the full power of the Internet and deliver access to a wide range of multimedia entertainment choices,” Sculley said. “With Obi’s rich line of smartphones and Digiworld’s exceptional distribution capability, we’ll be able to give Vietnamese citizens more choices for their first smartphone all the way up to models that wow.”