Last month when Apple has released first Beta version of its upcoming mobile OS, iOS 7. It comes with lots of new feature but one of them which catches everyone’s eye was Control Center.

Control Center allows you to access settings and most commonly used features like Airplane Mode, Bluetooth, WiFi and so on. Now if you don’t have iPhone or iDevice and wants to feel this new Control Center then here is an Android app which allows you to get iOS control center on your Android phone.

Installation is easy, it asks for some permission to access your phone, just allow it and you are done. Once installed you will find a small arrow at bottom of screen, you can change its placement to right, or left. 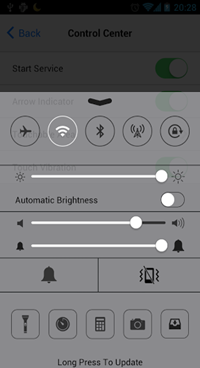 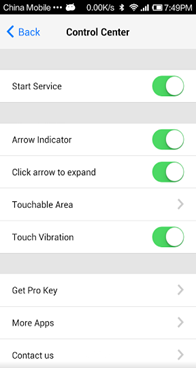 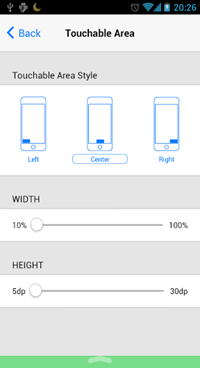 As you can see in images that this control center looks like very similar to of iOS control center. It allows you to get access to WiFi, Bluetooth, Brightness, Airplane mode, Screen Orintation, Camera and so on.

In our test we had found that app is very much similar to original iOS control center but there are some lags in app and sometime it crashes too.