Few days back Micromax has teased for the upcoming Canvas Doodle device and today company has officially announced a new device under its Doodle sub-brand, the Micromax Canvas Doodle 4 in India at the price tag of Rs 9,499 and be available across all major retail outlets very soon. This device is already available on eBay India at lesser price of Rs. 9,199. 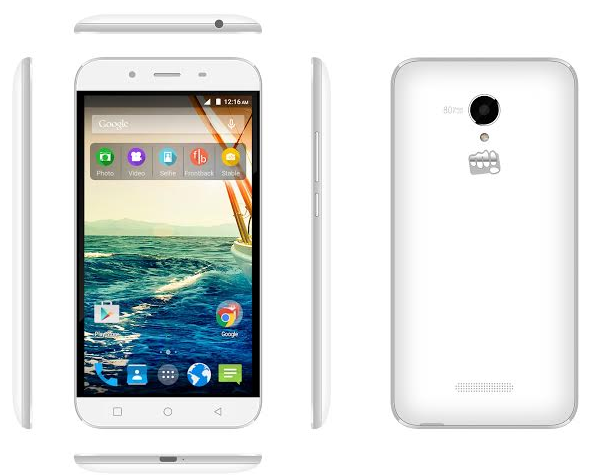 If we talk about specs then Micromax Canvas Doodle 4 features an 6-inch IPS display screen with screen resolution of 540×960 pixel, under the hood it is powered by a quad-core MediaTek MTK6582M processor clocked at 1.3GHz along with 1GB of RAM and also features an 8GB of internal storage which can be further expandable up to 32GB via microSD card.

If we talk about photography front then Micromax Canvas Doodle 4 sports a 8-megapixel auto focus rear shooter with LED flash, at front it features an secondary 2-megapixel fixed-focus front facing camera, it houses a 3000mAh battery, for connectivity it has got dual-SIM, 3G support, Wi-Fi, Bluetooth, Micro USB and GPS, in terms of software it runs on Android 5.0 Lollipop out-of-the-box.