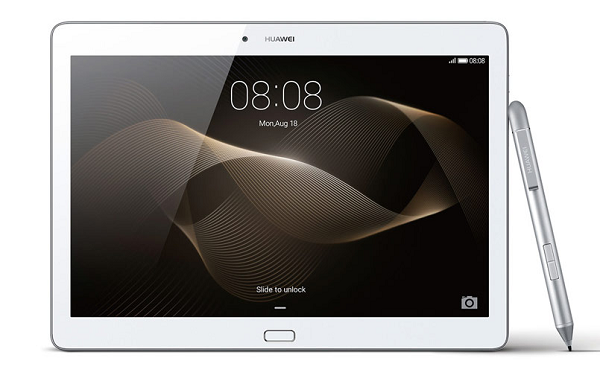 Huawei MediaPad M2 10 comes with an 10 inch full HD (1920×1080 pixels) IPS LCD display screen and it also comes with an stylus, company is calling it has active stylus, and company claims that it support up to 2,048-level pressure sensitivity. This tablet also comes with fingerprint sensor which is placed on physical home button.

When it comes to specs then Huawei MediaPad M2 10 is powered by an Huawei’s Kirin 930 octa-core processor ticking at 2GHz, it comes in 16GB and 64GB storage variants and both feature a microSD card slot.

When it comes to photographic front it features an 13-megapixel autofocus rear camera and there is an 5-megapixel selfie camera upfront, it houses an 6,660mAh battery, for connectivity it comes with Wi-Fi 802.11b/g/n/ac, Bluetooth 4.0, GPS and micro-USB port and when it comes to software front, it runs on Android Lollipop wrapped under EMUI 3.1.