Today ASUS has expanded its Republic of Gamers (ROG) series by announcing the world’s first liquid-cooled laptop, the Asus ROG GX700 in India. This is a premium flagship laptop which comes with a detachable ROG-exclusive Hydro Overclocking System cooling module. The laptop comes neatly packed in specially made ROG themed briefcase. This device has been priced Rs. 412990. 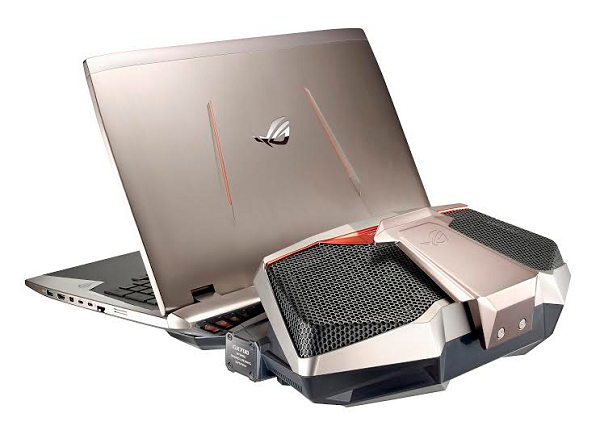 This device is powered by the 6th-generation Intel Mobile K-SKU (‘Skylake’) processor and NVIDIA GeForce GTX 980 graphics card, CPU can be overclocked up to 48 per cent and the 64GB DDR4 memory can be overclocked by up to 43 percent.

The GX700 features a liquid-cooling dock based on a custom self-sealing valve design, a quiet and highly reliable pump, and dual 92mm radiators capable of dissipating over 500W of heat. The GX700 also packs traditional cooling and can be run without the liquid-cooling dock.

Asus FonePad 7 Dual SIM Variant To Be Launched Tomorrow In...