If we say it was Xiaomi who has changed the market of affordable smartphone’s in India then it won’t be wrong, almost two-year back company has entered Indian market with some super affordable smartphone, two years or so back, Xiaomi has launched Redmi 1S, it came with nice features and good specs, then company launched Note series, again it shock the market and we had seen Flipkart crashing during the flash sale. 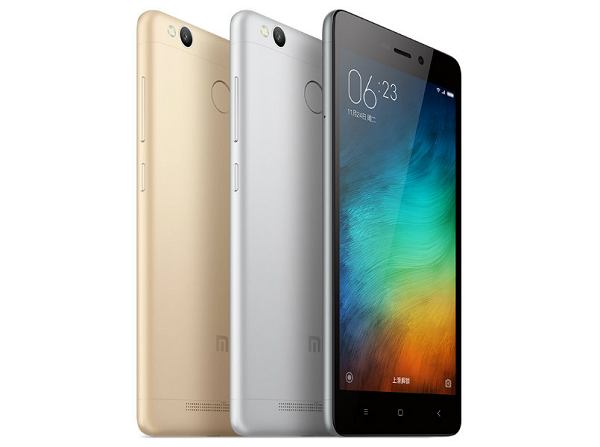 Over the time Xiaomi has improved the Redmi series like Redmi 2, or Redmi Note 3 but managed to offer these premium looking smartphone at very affordable price tag. Now today company has did it again, today Xiaomi has launched Redmi 3S and Redmi 3S Prime. Both of these devices comes with metal unibody design which do look premium.

When it comes to specs, Xiaomi Redmi 3S flaunts an 5-inch HD display, under the hood it powered by all new Snapdragon octa-core 430 processor clocked at 1.4Ghz along with 2GB of RAM and has got 16GB of internal storage which can be expandable.

When it comes to the photographic front, it has got an 13MP rear snapper with LED flash and PDAF, there is also a 5MP front facing camera for selfie lovers, it houses a 4100mAh battery which is good enought to last long a day, for connectivity it has got WiFi, Bluetooth, LTE, VoLTE, Dual SIM, Micro USB, IR blaster and GPS. When it comes to software front, it runs on MIUI 7 based on Android Marshmallow.

When it comes to Xiaomi Redmi 3S Prime, it has got all specs which we have seen in Redmi 3S, however it comes with 3GB of RAM and 32GB of internal storage, and it also comes with a fingerprint scanner placed at the back of it.