After so much of wait, finally Samsung has launched its latest wearable, the Gear S2 and Gear S2 Classic in India and it will be available at the price tag of Rs 24,300 and Rs 25,800 respectively and both of these variants will be exclusively available on Flipkart. Samsung has originally launched these devices at IFA Berlin last year and now they are now available here in India as well. 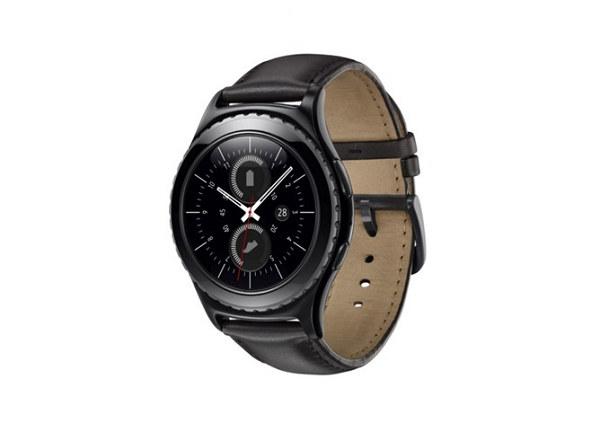 This Gear S2 and Gear S2 Classic features home and back button on it, which makes navigation easier when compared with swiping for back or to go home, the company also said its easier way to access notifications.

One of the much talking points of this device is its rotating bezel which allows you to navigate through the interface, another thing which you need to notice here is that these devices does not run on Android Wear but instead they run on Samsung’s homegrown Tizen OS.

Samsung Gear S2 appeals to two distinct consumer preferences. The Gear S2 Classic is made for users who prefer a more timeless design, offering an elegant Black finish with a matching genuine leather band. The Gear S2 is ideal for those who are on-the-go and have an admiration for minimal and modern design.

Apart from design both watches are same when it comes to under the hood specs and features, they flaunt 1.2-inch circular display with 360×360 pixels resolution, under the hood, it is powered by 1GHz Dual-core processor along with 512MB RAM and also includes a 4GB of internal storage. It dust and water resistant, with the IP68 certification, and for connectivity it has Wi-Fi: 802.11 b/g/n and Bluetooth 4.1 along with NFC, there is a 3G variant also but the company hasn’t said anything about it.

To track your activity it has got plenty of sensors like Accelerometer, Gyroscope, Heart Rate, Ambient Light, and Barometer, it also comes with some of the fitness apps like S Health, Nike+ Running. It houses a 250mAh battery, it seems too small on paper but the company has said it will last for 2-3 days easily.

After Smartphone, Phablet launched On The Name Of Narendra Modi