LeEco (formerly known as LeTV) has officially entered the Indian market with the launch of two smartphone’s, the Le 1s and Le Max. The company was active on social media channels for the launch of these devices. One device which created a quite a lot of buzz on social media is the budget level smartphone, the LeEco Le 1s which company has launched at the price tag of Rs. 10,999 and it will be available under flash sale model exclusively on Flipkart, registration for the first sale has been started and it will happen on 2nd February. 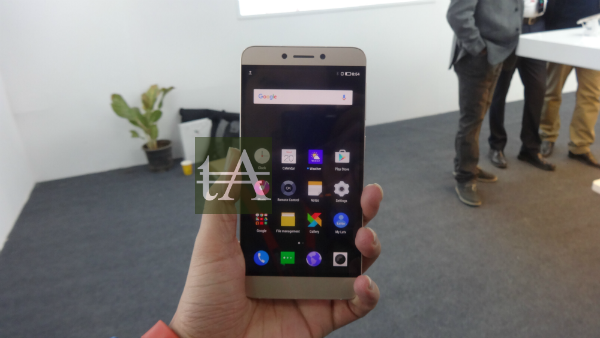 The talking point of this smartphone is its build and design quality, it comes with full metal unibody design which gives a premium look and feel to the device, another USP of this device is fingerprint scanner which is placed at the back of the device and company claims it to be one of the fast fingerprint scanner.

When it comes to specs, it flaunts a 5.5-inch FHD (1920×1080 pixels) IPS LCD display with a brightness level of 500 nits, under the hood, it is powered by MediaTek Helio X10 64-bit octa-core processor clocked at 2.2GHz along with 3GB of RAM and 32GB internal storage, and it is not possible to expand it further.

When it comes to photography front, the LeEco Le 1s features a 13-megapixel rear camera with PDAF f/2.0 aperture and it also supports 4K video recordings, at the front there is a 5-megapixel selfie camera with up to 85-degree wide angle lens. It houses a 3,000mAh battery with fast charging support, the company claims five minutes charging can give up to 3.5 hours of usage.

For connectivity, it supports dual-SIM card, 4G LTE support, USB Type-C port, Wi-Fi, Bluetooth and GPS and when it comes to software scenario, it runs on Android 5.1.1 Lollipop wrapped under the eUI skin.

At this price range and specs, this device is going to compete with recently launched Lenovo K4 Note (First Impression) and InFocus M680 (Review).