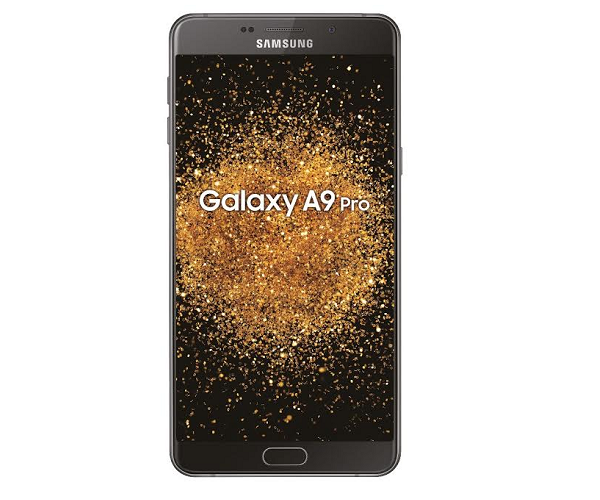 Just like any Samsung’s recently launched high-end devices, this one too comes with metal and glass design which is another talking point of this device, it features corning gorilla glass at the front and at back.

When it comes to specs, Samsung Galaxy A9 Pro comes with a 6-inch full HD (1080p) Super AMOLED display, under the hood, it is powered by Qualcomm’s Snapdragon 652 octa-core processor clocked at 1.8GHz along with 4GB of RAM and comes with 32GB internal storage which can be expandable.

For photography, the Samsung Galaxy A9 Pro features a 16-megapixel rear snapper with LED flash and has an 8-megapixel selfie camera, for connectivity, it supports dual-SIM 4G LTE, Bluetooth, Wi-Fi 802.11 and GPS, and at software front, the Galaxy A9 runs Android 6.0 Marshmallow OS wrapped under TouchWiz UI, and it will get Android 7.0 Nougat update very soon.