Back in IFA Berlin 2014, Samsung has announced a ruggedized water resistant tablet, the Samsung Galaxy Tab Active, this tablet is specially built for business professional’s who work under extreme conditions like construction sites or transport depots, now in Samsung Forum event in Bangkok, company has announced the launch of this tablet in India at the price tag Rs. 52,000, its one of the rugged tablet available in market which carries IP67 certification (water and dust resistant) and has a shock proof exterior, which can withstand drops from up to 1.2 meters. 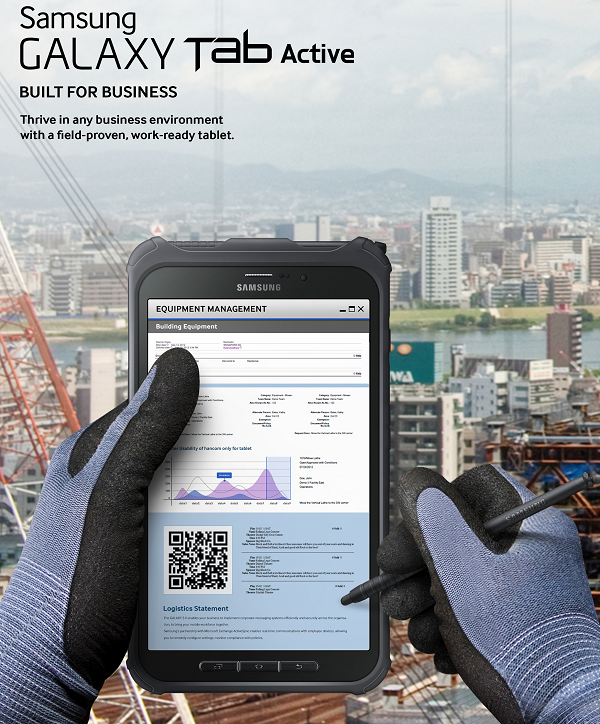 If we talk about specs then Samsung Galaxy Tab Active flaunts a 8-inch WXGA TFT LCD display screen with screen resolution of 1280×800 pixels, under the hood it is powered by a 1.2GHz quad-core Snapdragon 400 processor paired with 1.5GB of RAM. It comes with 16GB of internal storage which can be further expandable up to 64Gb via microSD card.

As per power is concerned, it houses a 4450mAh battery which is a removable means you can replace it if anything goes wrong with it, it measures at 126.2×213.1×9.75mm and weighs 393 grams. As per software front it runs on Android 4.4 KitKat.