PayTM is one of the most popular and widely used online recharge platform which is being used by millions of Indians to recharge their phones, 3G data cards, DTH and lots more.

Earlier PayTM app was only available for iOS and Android phones which allows you to recharge your phone on the go. As popularity of Windows Phone and Asha series is increasing PayTM has released app for both of these platform. 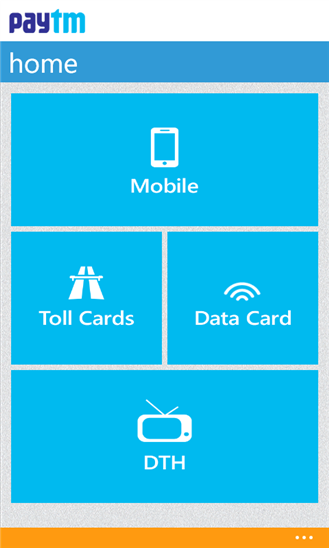 The UI of PayTM app is quite impressive, its sleek and minimal, no matter which Windows phone or Asha phone you are using, it will work without any lag.