Last week OnePlus has announced that its upcoming in-house OS for its devices will be named as OxygenOS for global market whereas for Chinese market they will be launching HydrogenOS or H2 OS. Company is keeping all thing about this ROM under the wrap till 12 February but GizmoChina has claimed to have obtained some of the images of this ROM which reveals a little about this ROM.

As per the leaked images, UI of this upcoming OS seems flat and it seems this ROM will apps on it will be categorized on the basis of its functionality, however in the given image icons are not categorized properly. Lockscreen of this UI also feature flat UI and have very little information on it. 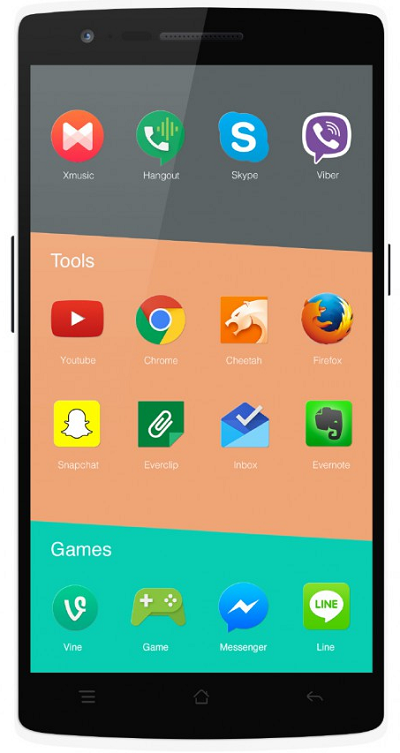 If you remember last year OnePlus has announced to bring its own OS which will be based Android Lollipop, after facing some issue with Cyanogen Inc. At that time company has said that this new ROM will be made available by the end of February to its OnePlus One users across the globe.

Within the period of 5-6 months company is able to build whole new ROM which is based of Android 5.0 Lollipop which suggest this ROM wont feature some of the well known feature which we have seen in CyanogenMod OS, but company has confirmed that they will add more and more features to it in the coming days.

Vivo V11 Expected To Be Launch In India On September 6