OnePlus is continuously teasing its upcoming flagship smartphone, the OnePlus 2 which could be announced by the end of this month or by early next month. earlier company has said that they will continue to reveal some of the major specs or information about this upcoming smartphone. After revealing pricing and chipset information, today company has made another big announcement. 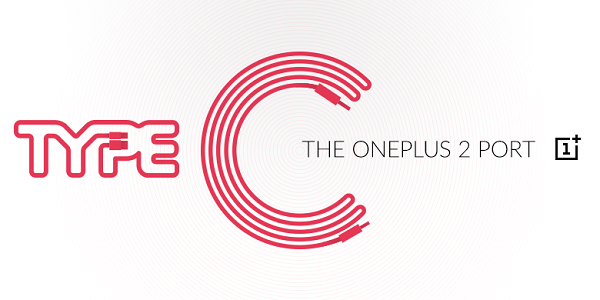 The #OnePlus2 will be the first flagship to use Type C USB. We want to lead the way in power connectivity. pic.twitter.com/lef5ylR7Rr

In a tweet company has said they wants to “lead the way in power connectivity,” and that’s why they have made this choice. Earlier we have seen Apple has implemented this USB Type-C in MacBook and Google has implemented in Chromebook Pixel 2.

USB Type-C brings several features on table like its reversible, its ultra slim, supports data transfer speeds up to 10 Gbps, can deliver up to 100w of power, and lastly it can work as one port for all kinds of functions.

As of now we know that  5.5-inch full HD (1920×1080 pixels) IPS display screen, under the hood it will be powered by improved version of Snapdragon 810 chipset along 3GB of RAM, 16-megapixel rear camera, 5-megapixel selfie camera, and will run on Android 5.1 Lollipop wrapped under Oxygen OS in India or Hydrogen OS in China. It will be priced upward $322.