Couple of months back Nokia has announced its phablet Lumia 1520 in Nokia event in Abu Dhabi and today, the Finnish company has launched this phablet in India for Rs. 46,999.

This is Nokia first phablet which flaunts an 6 inch ClearBack display screen with full HD 1080p screen resolution, as being bigger display, it will takes advantage of a third new column of tiles on the home screen. 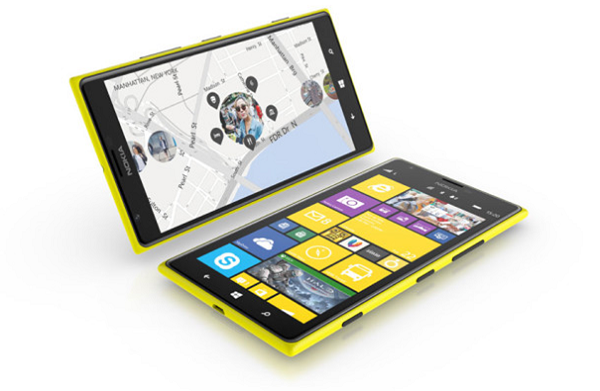 Nokia Lumia 1520 is powered by  2.2 GHz Snapdragon 800 processor along with 2GB of RAM. At back it has an 20 megapixel PureView camera with dual LED flash, OIS (Optical Image Stabilization) and also features Nokia Camera app, at front it has an 1.2 megapixel camera.

It comes with 32GB of internal memory which can be expandable up to 64GB via microSD card and also has 7GB of free Skydrive space, it houses an 3,400mAh battery, which can give up to 25.1 hours of talktime and 32 days on standby mode. For connectivity it has Wireless charging, Wi-Fi, Bluetooth 4.0 and NFC.

In terms of software, it runs on Windows Phone 8 with Lumia Black update. Nokia Lumia 1520 will be available in yellow, white, black and glossy red color variants.