After so much of speculations, Xolo has officially launched its latest tablet Xolo Play Tegra Note in India for Ra. 17,999. This tablet is already up for pre-order on online stores at same price. 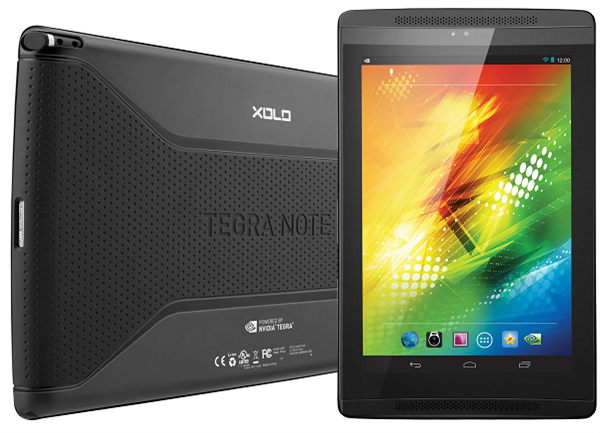 As per specs, Xolo Play Tegra Note flaunts an 7 inch display screen with screen resolution of 1280×800 pixels with 216ppi, it is powered by a Tegra 4 SoC featuring a quad-core Cortex A15 processor, which includes a fifth core for better battery efficiency along with a massive 72-core GeForce GPU. Xolo Play Tegra Note runs on stock Android 4.2.2 Jelly Bean and in future Nvidia will push OTA updates

Other features of Xolo Play Tegra Note are, an 5 megapixel rear snapper with auto focus, at front it has a VGA camera with software add-ons like Camera Awesome app. It comes with 16GB of internal storage which can be expanded to up to 32GB via a microSD card, it houses a 15.17Wh battery which can provide 10 hours of HD video playback.

The tablet is also bundled with a double-sided stylus, which lets you use the tablet using both the tips of the stylus. The biggest competitor will be Nexus 7 (2013).