Earlier this month, Xiaomi has said that they are planning to make Redmi as a separate sub-brand, and today, company has announced first smartphone of this independent sub-brand, the Xiaomi Redmi Note 7, and one thing to notice here is that there is no Mi branding on the smartphone which use to be there earlier, instead there is Redmi branding at the back of the device which clearly shows that Redmi will operate as a separate sub-brand inside the company and will target more developing countries. 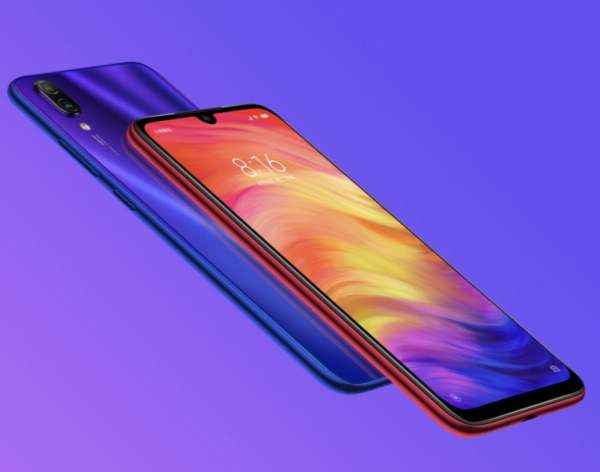 Earlier company has also announced that William Lu, former President and CEO of Gionee, will join the Xiaomi as VP of Xiaomi Group and will serve as general manager of Redmi sub-brand in China.

When it comes to specs of Xiaomi Redmi Note 7, then it is the first smartphone to have a glass back panel and a waterdrop notch, it uses a 2.5D glass on the front and rear as well.

If we talk about camera, then things gets interesting, it is the the first budget smartphone to have a 48-megapixel camera, at the back, there is a dual rear camera setup of a 48-megapixel sensor, and a 5-megapixel depth sensor, and at the front, there is a 13-megapixel shooter for selfies and video calls. There are several AI features like scene recognition, AI portrait mode and AI beauty mode.

For connectivity, it supports Wi-Fi, Bluetooth 5.0, GPS, IR blaster, a USB Type-C port, LTE, VoLTE and 3.5mm audio jack as well and there is a rear mounted finger print sensor as well. It houses a 4,000mAh battery, and supports QuickCharge 4.0.

And when it comes to software front, it runs on Android 9.0 Pie which is wrapped under companies own MIUI 10.

Company hasnt announced anything yet,  but it is expected that this phone will hit India and other markets soon