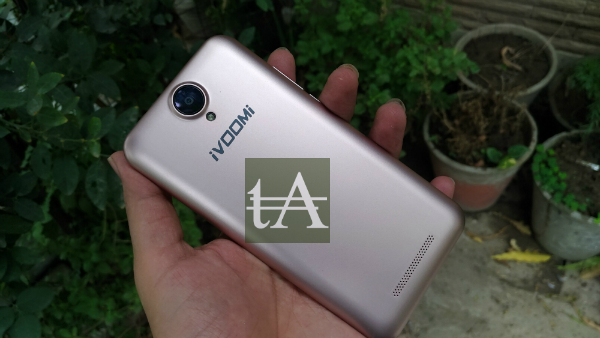 We have got iVoomi Me 1+ couple of days back for review and used this device for a couple of days, with this phone, the company is trying to place themselves in a segment which is already overcrowded.

Inbox contents of iVoomi Me 1+:-

When you open box, you will find following contents in the box:-

Build And Design Of iVoomi Me 1+:-

At the time when most of the companies are launching devices with a metal unibody design, here the company has selected to go with a full plastic body, but yes this doesn’t feel cheap, build is solid and feels sturdy in hand.

When it comes to connectivity and ports, again the company has decided to do something different here, unlike other devices on which we find buttons of the right side, here you will find your power and sleep buttons along with volume rockers on the left side, all are plastic buttons with good tactile feedback. 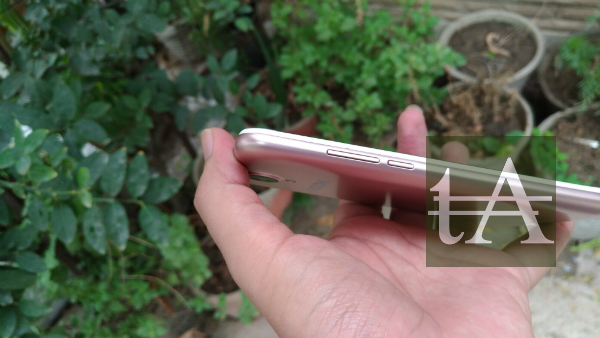 There is nothing on the right side, at the bottom, you have a primary microphone and that’s it for it.

At top of the device, you will find your Micro USB port for charging and data transfer, along with 3.5mm headphone jack. 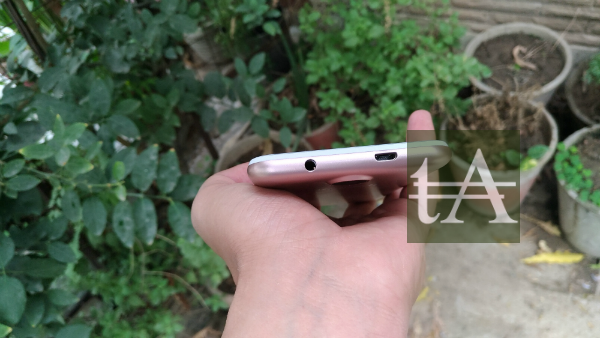 At the back, you have a plastic back panel which can be removed, there you will find 8MP rear snapper along with LED flash, it has got curved edges which allow you to make proper grip to the device. At back, you will also find speakers, which are not so loud but gets its job done. 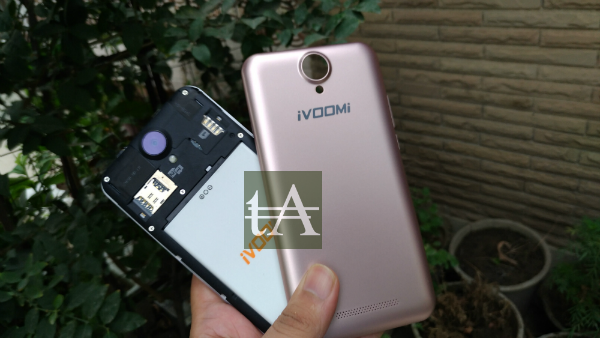 At the front you have a 5 inches HD display, just above your display, you have 5MP along earpiece and sensors placed there.

Below you display, you will find three touch capacitive buttons, which in our case was not working properly, but once we removed screen guard, they worked perfectly.

Hardware And Specs of iVoomi Me 1+:-

When it comes to under the hood features of iVoomi Me 1+, it is powered by 1.2GHz quad-core A7 processor along with 2G of RAM and 16GB of internal storage which can be expandable via a micro SD card. 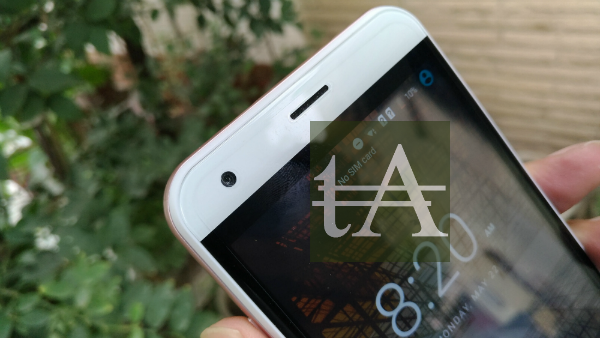 iVoomi Me 1+ runs on Android v6.0 Marshmallow, and it is nearly stock, company has made some changes here and there to make it more eye-catching like icons have been changes which look nice for sure. It comes with som pre-installed apps like Xender, and some which can’t be uninstalled.

UI experience was a little bit choppy for us, this phone heats up in no time, even after using it for just for 15 minutes it starts heating up, and some time it through a message in the middle of anything.

iVoomi Me 1+ comes with 5 inches of HD display screen with pixel density of 294ppi, which quite sharp for a 5-inch display smartphone. Colors on screen look bright and balanced, the viewing angle is also nice, however, it could be better but its fine here.

The display over here does not support automatic brightness, so you have to adjust it every time according to you.

iVoomi Me 1+ comes with an 8MP rear snapper along with LED flash, and there is a 5MP front-facing camera for selfies. It can take some decent images if there are ample lights available, however many times it overexposes colors which look very odd, while taking macros, it just fail to focus on the object, when it comes to low lights, this camera struggles a lot, it takes quite some time to focus. 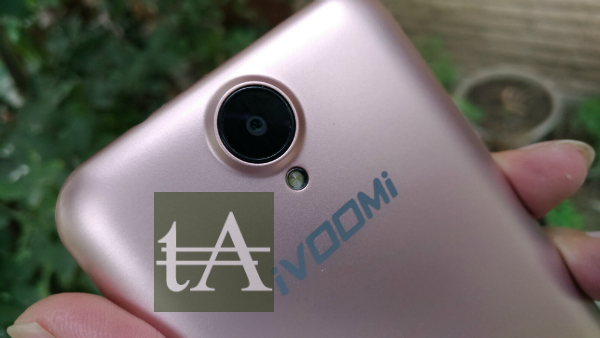 Here are some camera sample images of it.

Performance Of iVoomi Me 1+:-

When it comes to the performance of iVoomi Me 1+ is decent, the app opens up nicely and you can do some sort of multi-tasking as well, but don’t push this phone too far as it is not mean to do play Asphalt 8. I played Temple Run for just 10-15 minutes and this device showed unusual heating and I have to close the game. 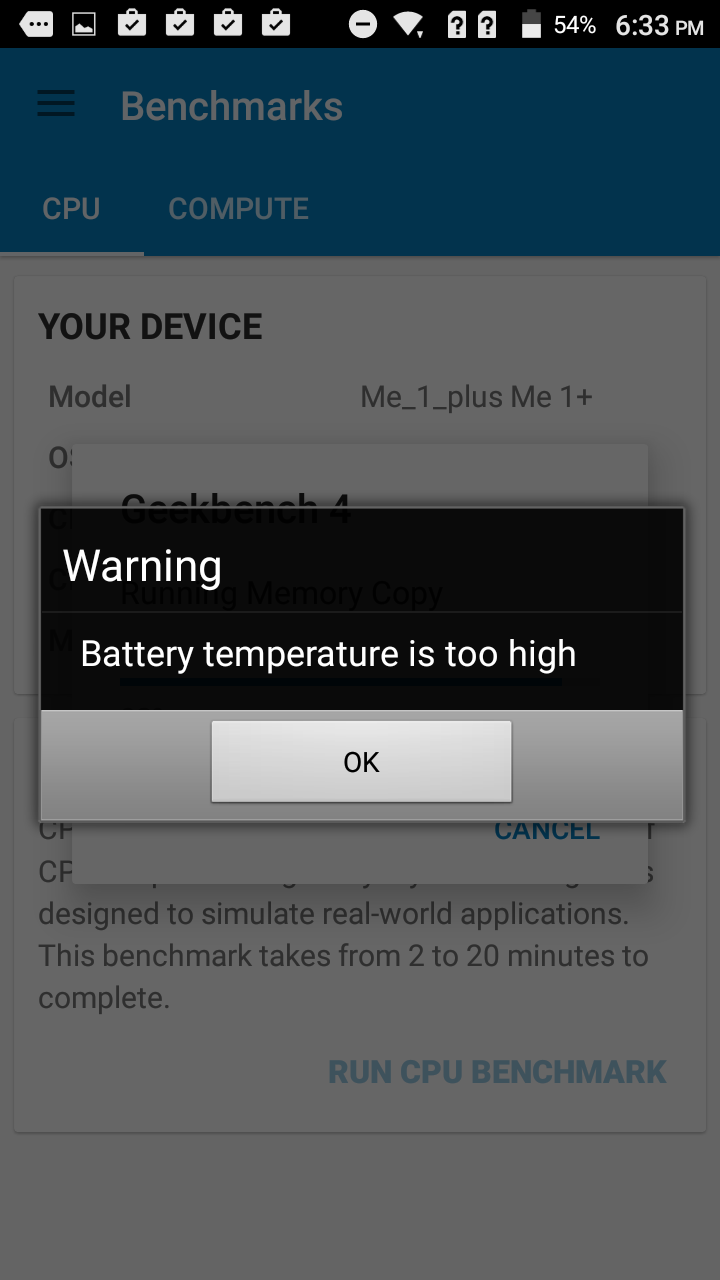 So if you are hardcore gamers, then do go for this device, yes you can do a daily task like calling, WhatsApp, Facebook, web browsing and so on very easily.

This device is simple and provides VoLTE at very less price, so if you are looking for a smartphone which you can use with your Jio SIM to make calls, then this could be your option.

Camera perform decently when there are ample lights available, display is also quite good, but yes this heat like hell. If you need a secondary smartphone just to make VoLTE calls then I would say do consider this device.