LG has announced LG Optimus G Pro earlier this year then LG announced striped down version of it, the LG G Pro Lite and now LG is gearing to launch updated version of G Pro, the LG GX which is was announced in Korea later today. 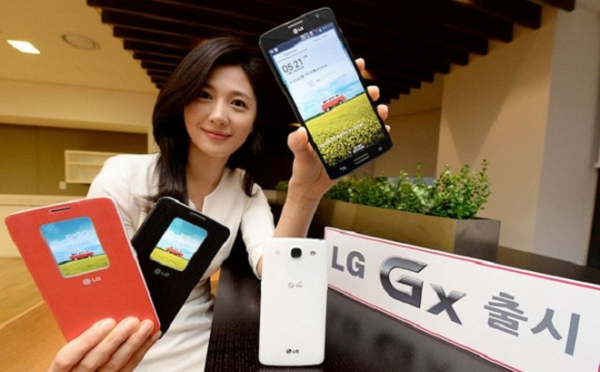 As per specs, LG GX has almost same specs as of G pro like a 5.5 inch display screen with full HD 1080p resolution, it is powered by a 1.7 GHz quad-core Snapdragon 600 along with 2GB of RAM.

At back it features a 13 megapixel rear camera and a 2.1 megapixel front camera, it comes with 32GB of internal memory and houses a 3,140mAh battery.

On software front, LG GX runs on Android Jelly Bean wrapped with LG’s UX interface and also includes features like “knock on” and Q Remote among others.