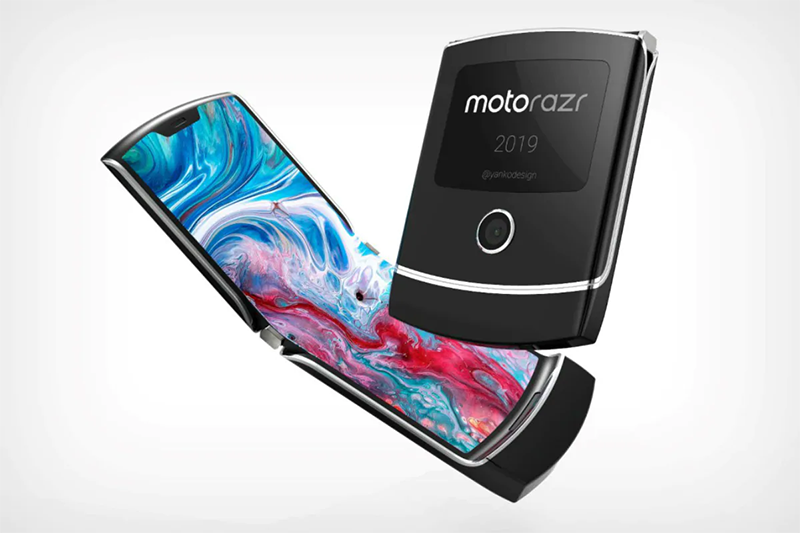 Unlike Samsung and Huawei, Motorola is going to launch flip form factor for its foldable phone. Motorola Moto Razr will have clamshell design which make it less fragile than Samsung Galaxy Fold or Huawei Mate X.

Price will play a significant role here, it is not sure whether company will launch Moto Razr in India or not, however we had seen Samsung Galaxy Fold has received very good response in India so we can hope company to launch it in India.

When it comes to specs, we are hoping it to be launch with a 6.2-inch OLED display with a resolution of 876 x 2142 pixels and there will be a secondary display of 600 x 800 pixels resolution.

Under the hold, it will be powered by Qualcomm Snapdragon 710 chipset and comes with two variants of 4GB/64GB and 6GB/128GB.

When it comes to camera front, then in recent leaks we had seen that the front-facing camera will allow you to capture both selfies and rear shots by folding out the display.