Yesterday night Microsoft has officially launched two new affordable smartphone’s under its Lumia series, one is launched in its 400 series and another one is launched in its 500 series, the Lumia 435 and Lumia 532 which were priced Rs. 5,999 and Rs. 6,499 respectively. Both of these phone were already available in India via eCommerce website with several vibrant back panels. 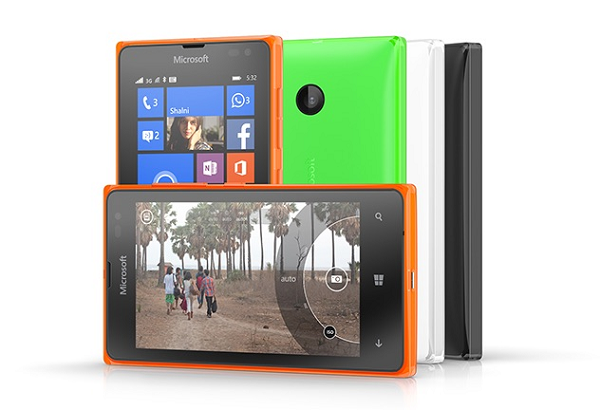 Both devices carries the same design language and do gives resemblance off Microsoft Asha series devices, and these devices can be targeted to those people who are looking to buy their first smartphone and wants rich user experience rather than big screen.

If we talk about the specs then both of these devices comes with almost similar specs with just minor difference among them. They features an 4-inch WVGA display screen with screen resolution of 800×480 pixels, under the hood they are powered by dual-core Snapdragon 200 processor clocked at 1.2Ghz along with 1GB of RAM and has got 8GB internal storage, which can be further expanded via a microSD card and also comes pre-loaded with 30GB of OneDrive storage.

Both of the devices runs on Windows 8.1 with Denim update, they features an 1,560 mAh battery and for connectivity they includes WiFi, Bluetooth, GPS, and Micro USB.

Microsoft is also bundling different offers with the device like you will get Rs 750 worth of cashback from Paytm on recharges (Rs 150 per month for five months), Rs 1,500 off from RedBus.in (Rs 250 for six journeys), six months of Truecaller subscription for free, and 500MB/month of free 3G data for two months for Airtel subscribers.