Today another Indian smartphone manufacturer has launched its first Widows Phone powered smartphone, the iBall Andi 4L Plus, company hasnt revealed its price yet but Mumbai based retailer, Mahesh Telecom claims it will be priced Rs. 4,899 and it makes its the cheapest Windows Phone available in market, earlier we had Celkon has launched Win 400 at Rs. 4,999/- 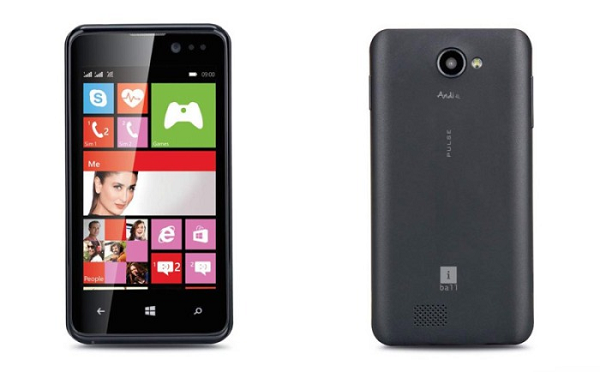 If we talk about specs then iBall Andi 4L Pulse flaunts a 4-inch TFT display screen with 480×800 pixels resolution, under the hood it is powered by a Snapdragon 200 quad-core processor clocked at 1.2GHz along with 512MB of RAM, it also includes 4GB internal storage with microSD card slot.

As per photography is concern, iBall Andi 4L Plus features a 5-megapixel rear snapper with LED flash and a VGA front-facing camera, it houses a 1,500mAh battery and for connectivity it has got dual-SIM, 3G GPS and Wi-Fi, and as told earlier it runs on Windows Phone 8.1 out of the box and comes with some pre-installed apps from Microsoft like Office, OneDrive, Xbox, Bing search apps and some third party apps as well.