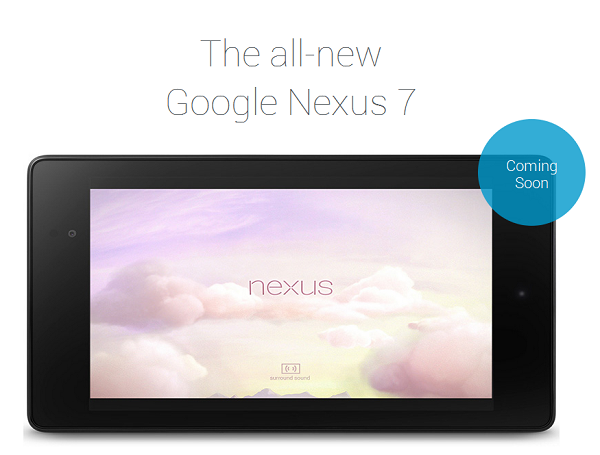 Yesterday when Google has announced its latest Nexus 7 in an event which runs on Android 4.3 Jelly Bean they said that beside US, this Nexus 7 will be available in UK, Canada, Germany, Spain, France, Japan, Korea, and Australia. But a big coming Soon badge can be found on Indian page of Nexus 7 which means India’s launch is not very far.

At back it has 5 MP rear camera and a 1.2 MP front facing camera, it houses a 3,950mAh non-removable battery which deliver 9 hours of HD video playback and 10 hours of web browsing.