Lenovo has just announced its latest device in Vibe series, the Lenovo Vibe Shot in an ongoing press event in Barcelona at Mobile World Congress 2015, company is calling it as a cameraphone as its look and design is very similar to of any normal camera, and not only in terms of design this phone compete with normal camera, Lenovo has put some professional image editing tool which will help you to get most out of your normal images. 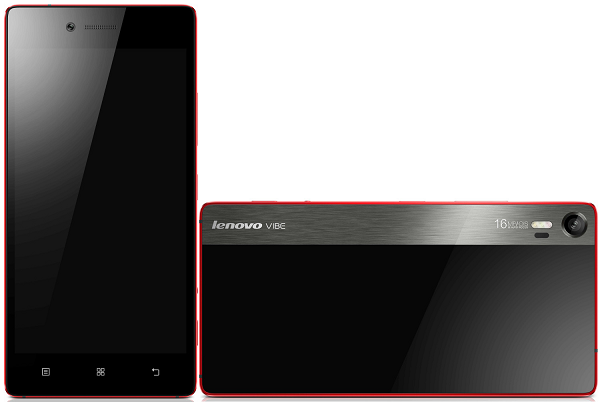 If we talk about specs then, the Lenovo Vibe Shot has got 5 inch full HD display screen which is protected by corning Gorilla Glass 3, under the hood it is powered by a 64-bit octa-core Qualcomm Snapdragon 615 processor clocked at 1.7GHz along with 3GB of RAM and 32GB of internal storage which can be further expanded by up to 128GB using a microSD card slot.

You will see its beauty when you flip phone, at rear you will find a 16MP rear professional camera with tricolor flash, first on any smartphone, it adjust luminosity of the images based on the ambient light, it has also got six-piece lens, Optical Image Stabilisation and a Backside Illuminated sensor and got laser auto-focus. To snap images easily, you Lenovo has added a dedicated shutter button at the right side of the device, and there is a toggle switch on phone which allows you to switch between Smart and Pro mode, Smart Mode is basically the auto mode in which device adjust setting by itself whereas Pro Mode allows you to take more control over ISO, White Balance and more.

At front of the device you will get an 8 megapixel camera for taking selfies, Vibe Shot is just 7.3mm thin and weighs just 145 grams, for connectivity it has got dual-SIM functionality, 3G, LTE, Micro USB, GPS, Wi-Fi and Bluetooth, it houses a 2900 mAh battery and runs on Android 5.0 Lollipop.

Huawei Honor 6 Launched In India, Will Be Available On Flipkart